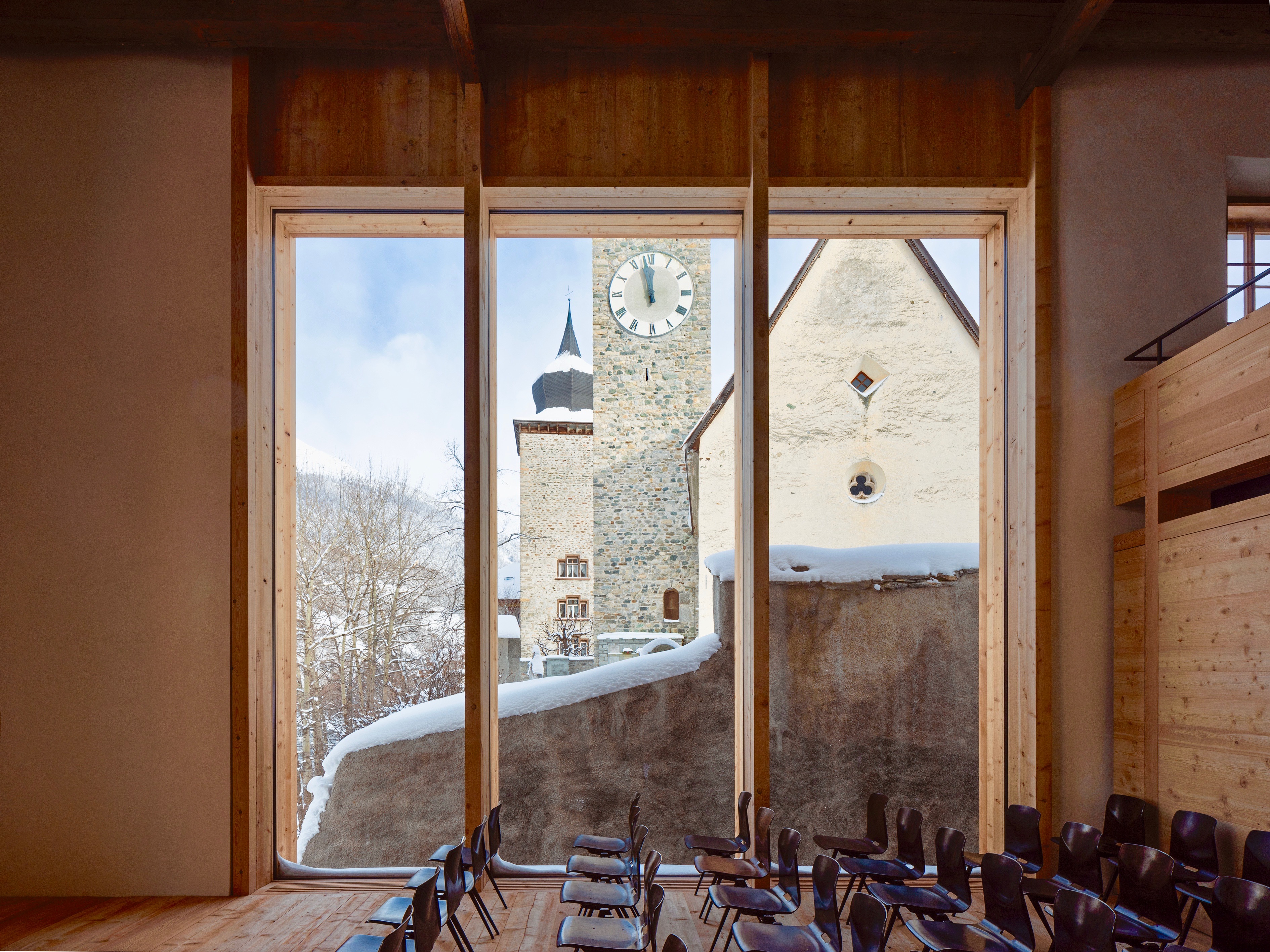 Grażyna Kulczyk designed an extraordinary space in the Swiss Susch for art-related research, experiments, and exhibitions. This well-planned project has developed into a must-see destination on the map of the artistic world. The place created by the collector and patroness of art delights in every respect.

The idea of establishing the Susch Museum began to crystallize more than 10 years ago. The building is surrounded by a breathtaking alpine landscape and unique architecture. It is located in two buildings of the former brewery, which was part of a monastery complex founded in the 12th century. Over time, the project developed. More buildings were purchased and the space became larger after the excavation of 9000 tons of rock. Thanks to this, the museum is over 2,500 m². The picturesque area has long been an inspiration for artists, and now it also attracts connoisseurs of contemporary art. In the nearby Zuoz, the famous Monica de Cardenas founded the Tschudi Gallery, where the walls of historic buildings are decorated with works of avant-garde art. This is where the most famous art dealers, collectors, and reviewers meet to participate in the Engadin Art Talks and discuss the latest trends or phenomena in the art world. There are 13 galleries in Sankt Moritz, including an office of Hauser & Wirth, which is a global art trade network based in Zurich with branches in London, Los Angeles, Hong Kong, and New York. Away from the hustle and bustle, the Swiss museums are developing, with their architecture being in tune with art. Instead of making spectacular architectural structures, sophisticated and modest forms are being created or annexed. They are inscribed in the local context and delight with their excellent details. The Susch Museum was recognized, among others, as one of the most intriguing tourist destinations by Time magazine, received the European Cultural Investor of 2019 Award, and was listed among the best architectural objects of the twenty-first century by British architect Olivier Wainwright in the Guardian. The museum in Susch was also voted the Swiss Building of the Year for 2019 on the Swiss-architects platform.

The Susch Museum building was designed by two young Swiss architects: Chasper Schmidlin and Lukas Voellmy. Local architects helped the collector to establish very good relationships with the town's inhabitants and authorities. The building is discrete; changes made during the renovation are almost imperceptible from the outside. The tower was slightly elevated to make room for the enormous sculpture by Monika Sosnowska; as a result, the glazing on the filter tower is barely visible. The sculpture "Stairs" serves as both a compositional axis for the museum space and a landmark for visitors lost in the maze of hallways and corridors. The interior space is varied. The stairs and floors are made of concrete, and the floor was enhanced with an aggregate from local rocks. Nonetheless, the entire structure is incredibly well-planned and coherent. In numerous places, there are old wooden elements of construction. The structural details, fittings, and handles were made by local craftsmen. The exterior was renovated and once more covered with copper sheeting and limestone. The integration of the building within the regional architecture was not disturbed by modernization. In 2020, the investment was nominated for the Museum of the Year, the most prestigious prize in Europe. When visiting the Susch Museum, it's important to pay attention to a few small details. For instance, we can appreciate the innovative idea of leaving two museum rooms empty of artwork. Instead, in one of the rooms, we can admire the monumental rock wall with flowing mountain water. In the second, one can see well-preserved remnants of past human activity (a blackened wooden ceiling, wooden arches of the vaulting, which captivate with their simplicity). The windows were kept on purpose; they provide stunning views of the mountains and serve as a counterpoint to the presented works of art. Another noteworthy aspect is the original architectural solutions, such as the underground corridor connecting the two main buildings of the complex; the fusion of two adjacent buildings into one, while maintaining the internal narrow alley which formerly divided them; and the bold opening of the walls in one of the largest rooms with two windows the total area of which is 60 m².

Outstanding artists like Mirosław Bałka, Heidi Bucher, Izabella Gustowska, Jarosław Kozłowski, Zofia Kulik, and Joanna Rajkowska, created works specifically for the museum's permanent collection. The interiors were adapted to the works selected for the permanent exhibition, such as the sculpture "Flock I" by Magdalena Abakanowicz from 1990 or the photo installation "Real Nazis" by Piotr Uklański from 2017. 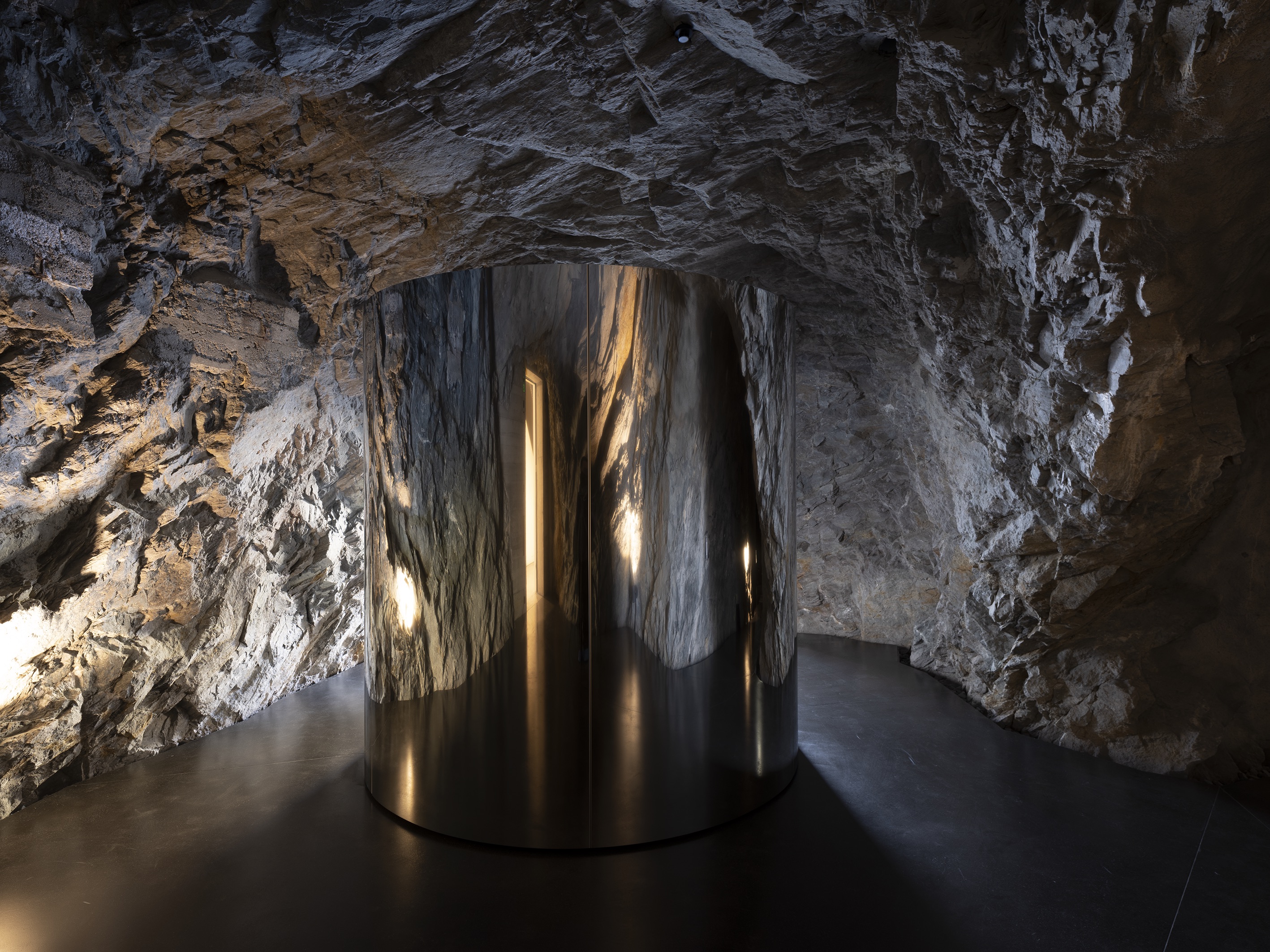 The activity of the Susch Museum began with an exhibition titled "A Woman Looking at Men Looking at Women". Curator Kasia Redzisz chose to use the title of the essay by Siri Hustvedt as the frame for the display of works by internationally renowned female artists. The presented artists included Louise Bourgeois, Ellen Cantor, Lucio Fontana, Natalia LL, Teresa Pągowska, Erna Rosenstein, and Alina Szapocznikow.

The activities of the Muzeum Susch, conducted as part of the Art Stations Foundation CH, are based on five program pillars. Grażyna Kulczyk has defined this formula as "museum plus". Apart from the thematic exhibitions planned to be held every six months presenting the collection of Grażyna Kulczyk, plans are made for annual academic conferences to be hosted, as well as cyclical dance and performance events. The project provides grants for artists, critics, and curators. In cooperation with the Basel Academy of Art, the Museum carries out its own research, implementing the Instituto Susch, the Women's Center for Excellence, which studies women's accomplishments in the fields of art, culture, and science. The Center's activities redefine education, taking into account the search for new forms of the social contract, and a common language between the sexes. Its activities are aimed at increasing the potential and achievements in the field of visual arts. The experiences of Grażyna Kulczyk, an entrepreneurial and creative woman, form the ideological basis of her museum, which aims to be a place that dismantles stereotypes and lets women speak openly. The founder is aware of the challenges that women encounter when working on artistic endeavors, and the museum offers those women a platform that they previously lacked. 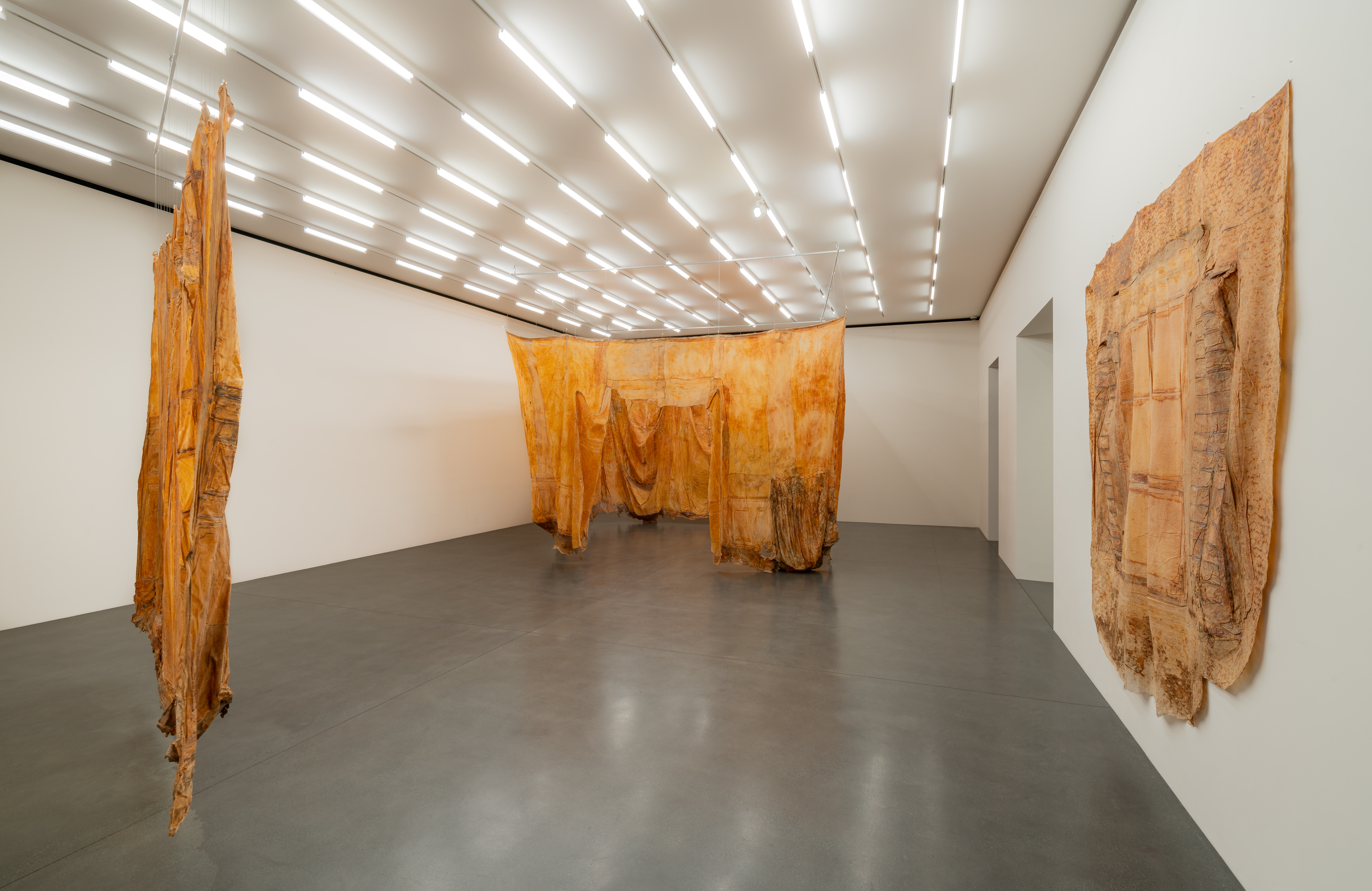 A visit to the Susch Museum is inevitably a journey that takes time. The subsequent events we experience along the way resemble a pilgrimage to a holy site. It makes the museum quite mystical due to the remote and lovely mountain landscape, which offers the possibility to interpret the art differently; it is worthwhile to appreciate its tranquility and contemplative qualities. The plan for the Susch Museum is to let it further develop and evolve; it is to be shaped by artists and scientists. The multifaceted activities of the museum are to educate and inspire people, not only in matters related to art but also to shed new light on other areas of life. The museum constitutes a new model of collecting art, showing its cognitive and scientific aspects as well as expressing an extraordinary sensitivity to works and artists themselves.

We may regret that the private museum of Grażyna Kulczyk was not created in the collector's home country, Poland. However, it may have given rise to something even more significant for Polish art. The art center was established abroad, which gave the artists chosen by the collector the opportunity to become visible in the larger, global artistic contexts. The Susch Museum aims to promote dialogue between art created in Central and Eastern Europe and the broadly understood West.

In light of everything mentioned, the Susch Museum can be inscribed in the idea of slow art; it should be contemplated, discovered step-by-step, and admired for its details. Grażyna Kulczyk expands the museum complex with adjacent historical buildings, including a 16th-century residential building. At Susch, you will find not only a museum but also a scientific and research institute, a library, and a contemporary dance center. There is also a hotel and a restaurant. It is obvious that the museum plays the most significant role in this complex, and it is becoming increasingly clear that the beautiful, raw, and historic tissue of the Engadin valley is going to develop in a very modern way.