Themed auctions devoted to op-art and geometrical abstraction are some of the most important events on the Polish art market. Since 2016 they have become a permanent fixture in the auction calendar. There, we present the works of the ingenious Polish and foreign artists creating in both genres. The works come from Polish collections and those from Western Europe and the US. Thanks to the project's popularity, the Polish art market became one of the most dynamic markets for this kind of works. At this auction, two records were set for the most expensive-sold painting in the history of the Polish auction market in 2018 and 2020. 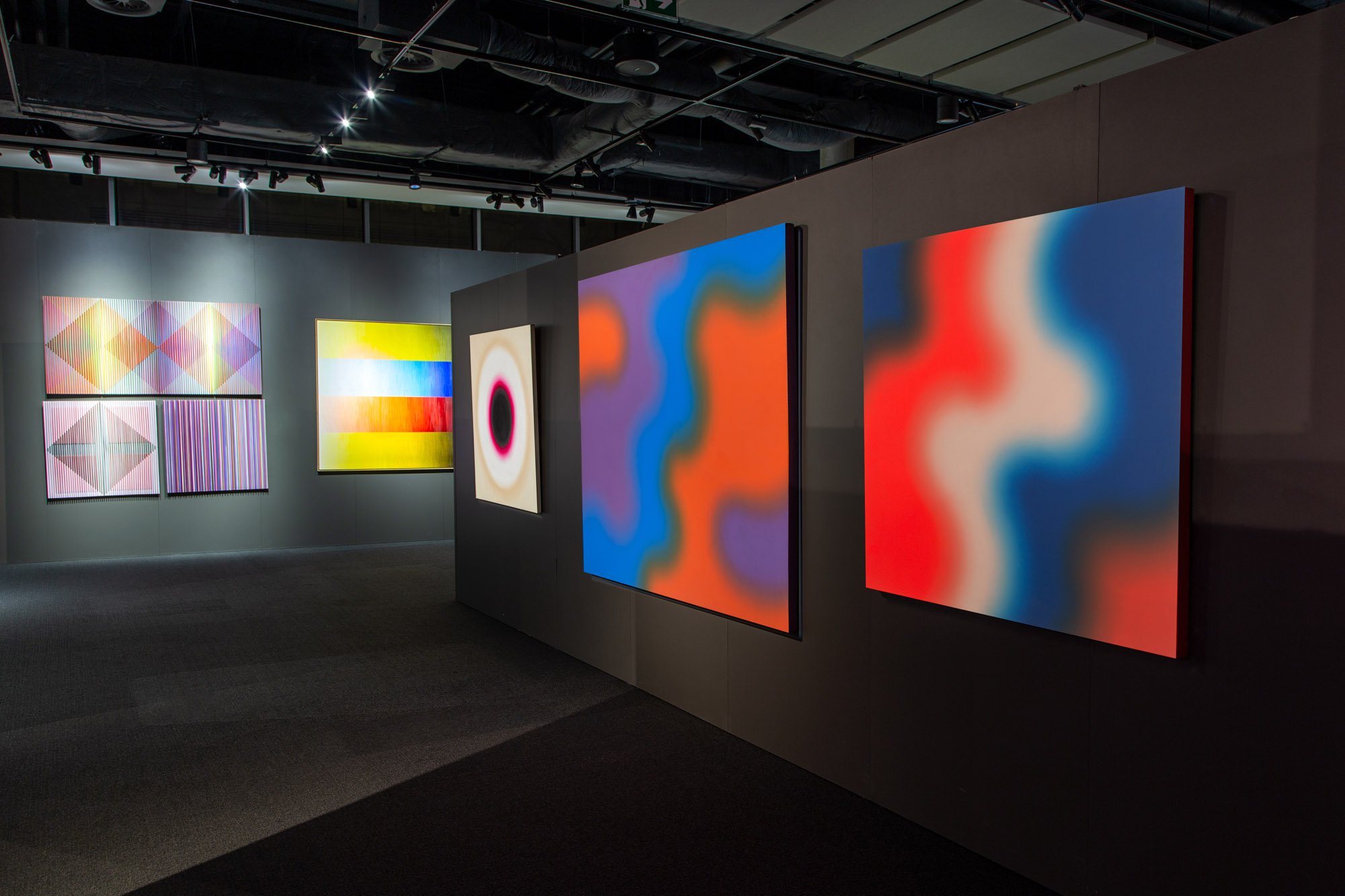 During yesterday's “Post-War and Contemporary Art. Op-Art and Geometric Abstraction" auction, as many as five works were purchased for an amount exceeding 1 million PLN. Three works by Wojciech Fangor – the auction record holder from 2018 and 2020 – found their buyers and sold for the total sum of 6,2 million PLN. The works of iconic representatives of Op-Art and Geometrical Abstraction also appeared at the auction. Among them were the sought after works of Victor Vasarely (two of which sold for over 1 million PLN), Julian Stańczak, Henryk Stażewski, Ryszard Winiarski, Edward Krasiński, or Andrzej Nowacki. 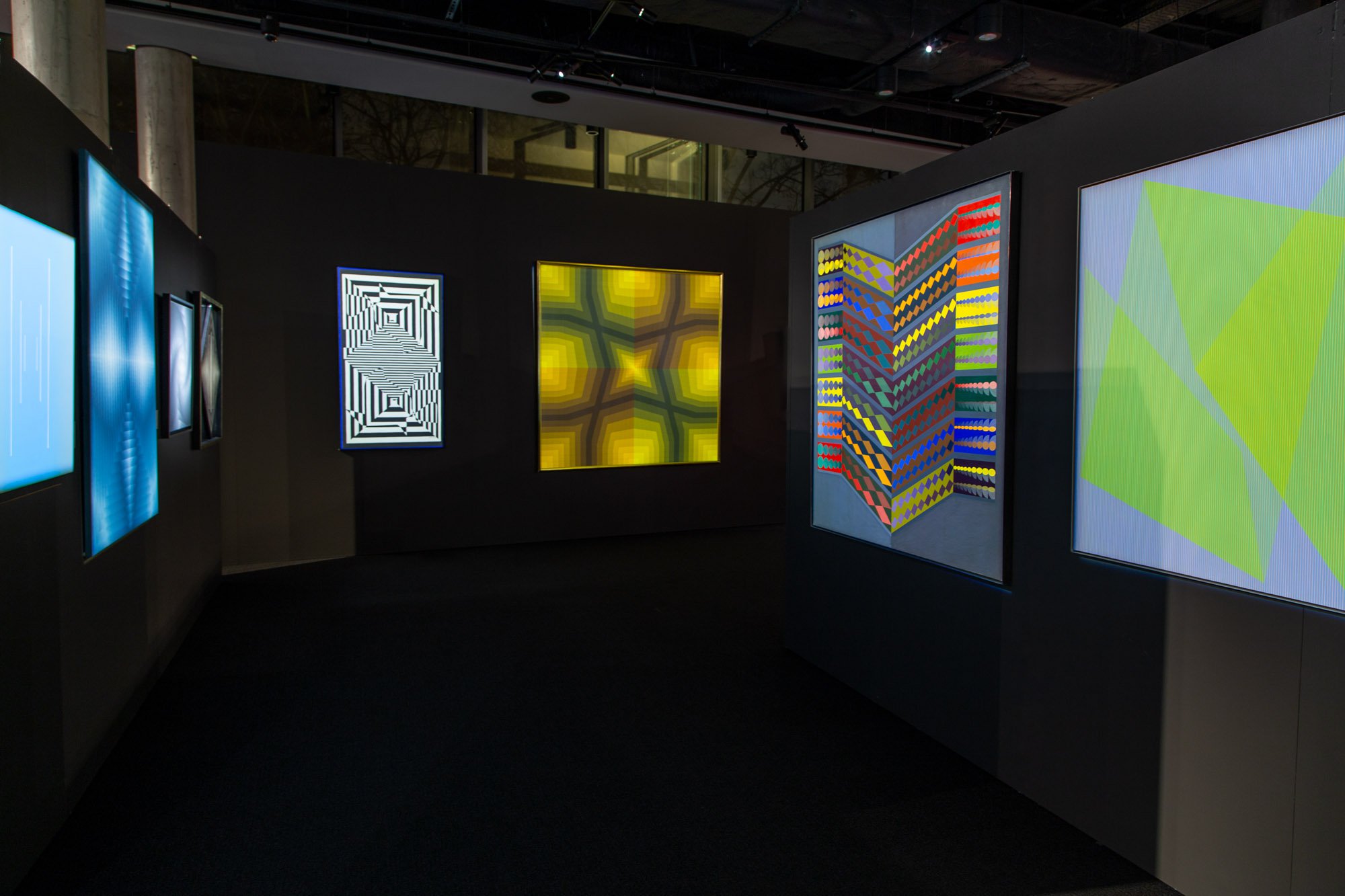 Since the 1970s, the works of Edward Krasiński have been linked by a distinctive sign in the form of a characteristic blue line made from adhesive tape, placed 130 cm above the bottom of the work. His art is a complex and elusive phenomenon. The main idea behind it is the artist's creative attitude towards the surrounding reality, expressed by “living among the art". Humorously and ironically, he questioned the traditional themes in art and their meanings. One of his “Interventions" was sold yesterday for 408,000 PLN, establishing a record for the artist's work.

“Pop-Art. Pop culture. Postmodernism." is another one of our pioneer auctions projects where we take upon ourselves the task of telling the story of the history of art through the prism of pop art, mass culture, consumerism, and the broadly defined postmodernism. We present the works of artists who challenge the elitist visual “high art" culture. These artists work around the themes of cultural clichés, mass media, consumerism, and mass production. Their works – often ironic, playful, openly controversial – at the same time convey deep reflections concerning the condition of humanity and culture.

The project's main event was selling the first NFT at an auction in Poland and the whole of Central and Eastern Europe. The work “Why there is something rather than nothing" by Paweł Kowalewski is an icon of the Polish 1980s art. Thus, DESA Unicum makes a breakthrough on the collector's market and opens up wholly new areas of the art market for collectors. The auction house responds to the new aesthetic needs of contemporary art recipients and provides a medium allowing for the expression of Polish and foreign artists. The auctioning off of the first NFT in Poland soared to a considerable amount exceeding 550,000 PLN.

The auction of the work “Embracing" by Jerzy “Jurry" Zieliński turned out to be unusually exciting, as it led to a selling record for this artist's work – it was sold for 768,000 PLN. In his typical manner, the artist oscillates between abstraction and figurativeness. At the same time, he chooses to keep the work in the aesthetic referring to the American pop culture. However, he goes beyond the erotic and sensual connotations of the American pop-art creators for the sake of ironic contestations of reality. For this purpose, “Jurry" uses sex and customs, but also politics, national symbols, signs of history and tradition.

Radek Szlaga's “Republics" auction was concluded by a great result and a record for the artist's work. The painting was part of a series of works inspired by “The Heart of Darkness" by Joseph Conrad and its movie adaptation “Apocalypse Now" directed by Francis Ford Coppola. Szlaga's painting attempts to diagnose the generation loosely defined as “late-Polishness", whose sense of national belonging was lost during postmodernism, post-industrialism and postcolonialism. The artist creates a hypertextual painting language that covers the subject of the relationship between traditional art and contemporary technology. The work “Republics" was purchased for 90,000 PLN.

The auction of a work by the precursor of Polish pop art – Jan Dobkowski – turned out to be extraordinary. The painting “Delightful", sold for 312,000 PLN, broke the record for this artist's work in the art market's history established only two days prior in DESA Unicum.

The solid graphic compositions with contrasting colours and organic forms apparent in the work placed Dobkowski among the world-class artists of the 1970s. The visual language he created was, in a way, harmonious with the “moral revolution" of the late 1960s. The unrestricted eroticism, fascination by nature and the human body present in the artist's works resulted not only from the formal interests of the artist but also the ever-present egalitarian discourse proclaiming openness towards each other, sexuality, and closeness to nature.

Op-art is one of the most popular and interesting trends in both ...