The phenomenon of the Łódź Kaliska group

Łódź Kaliska group is a phenomenon in the history of Polish art and photography. Artists who have been creating under one formation for 40 years remain creative and innovative.

The artists who had been expelled from the photography association gathered under the group called Łódź Kaliska. The Łódź Kaliska group acted in opposition to the existing principles and phenomena, it is a work of a neo-Dadaist nature. The group, founded in 1979, was composed of: Sławek Bit, Marek Janiak, Andrzej Kwietniewski (until 2007), Adam Repecki, Andrzej Świetlik and Andrzej Wielogórski (Makary). Members and enthusiasts of the phenomenon tried to cut themselves out off the achievements and goals of the 1970s neo-avant-garde and state galleries and museums. The group mainly operated in Łódź in a rented apartment. They presented exhibitions, initiated artistic activities and performances, and issued their own publications. Artistic cooperation and collective co-financing of artistic actions stood in opposition to state and church patronage, and was not based on the acceptance and recognition of the public or critics.

In the second half of the 1980s, artists from Łódź Kaliska started creating pastiche productions of the most famous works of art. For the purposes of their photographs and films, they staged situations and happenings in which they mocked painters and paintings, and ironized  the history of art. This is also the case with the work presented at the auction. "Battle of Grunwald on Karowa street" is an artistic interpretation of Łódź Kaliska about the most famous Jan Matejko painting in the Polish culture. The monumental canvas from the collection of the National Museum in Warsaw is a national property. The author's interpretation of the famous battle of 1410 shows a crowd of figures and animals staging the victory of the joint Polish-Lithuanian forces over the Teutonic Order. The impression of the expressiveness of the battle was achieved thanks to the long exposure time used and the effects of photographed motion. The actors of the battle scene are dressed casually, some of them are holding historical props, and the role of Prince Witold is played by a woman standing on a ladder. The work attracts with the multitude of plans and the accumulation of elements included in the composition. 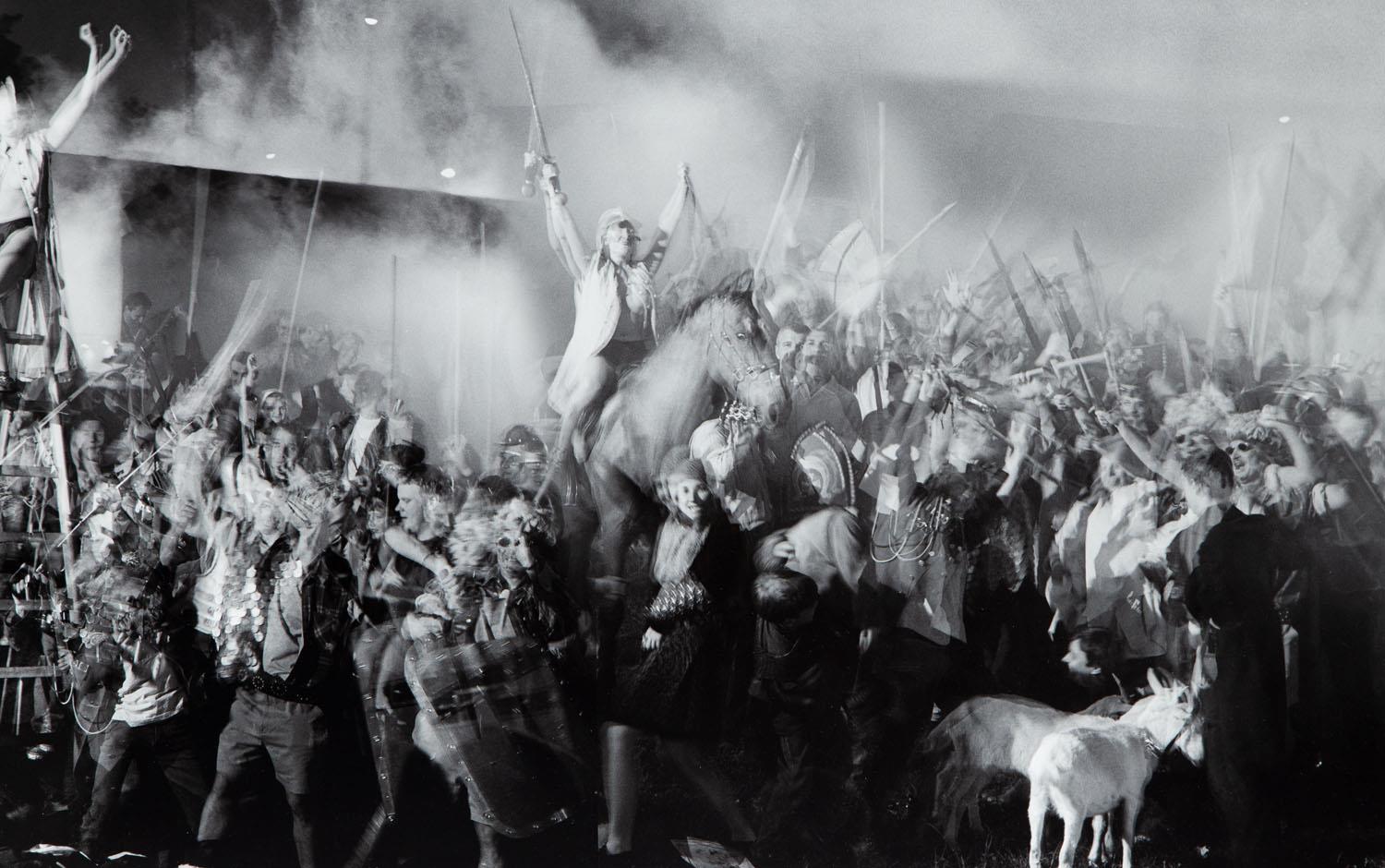 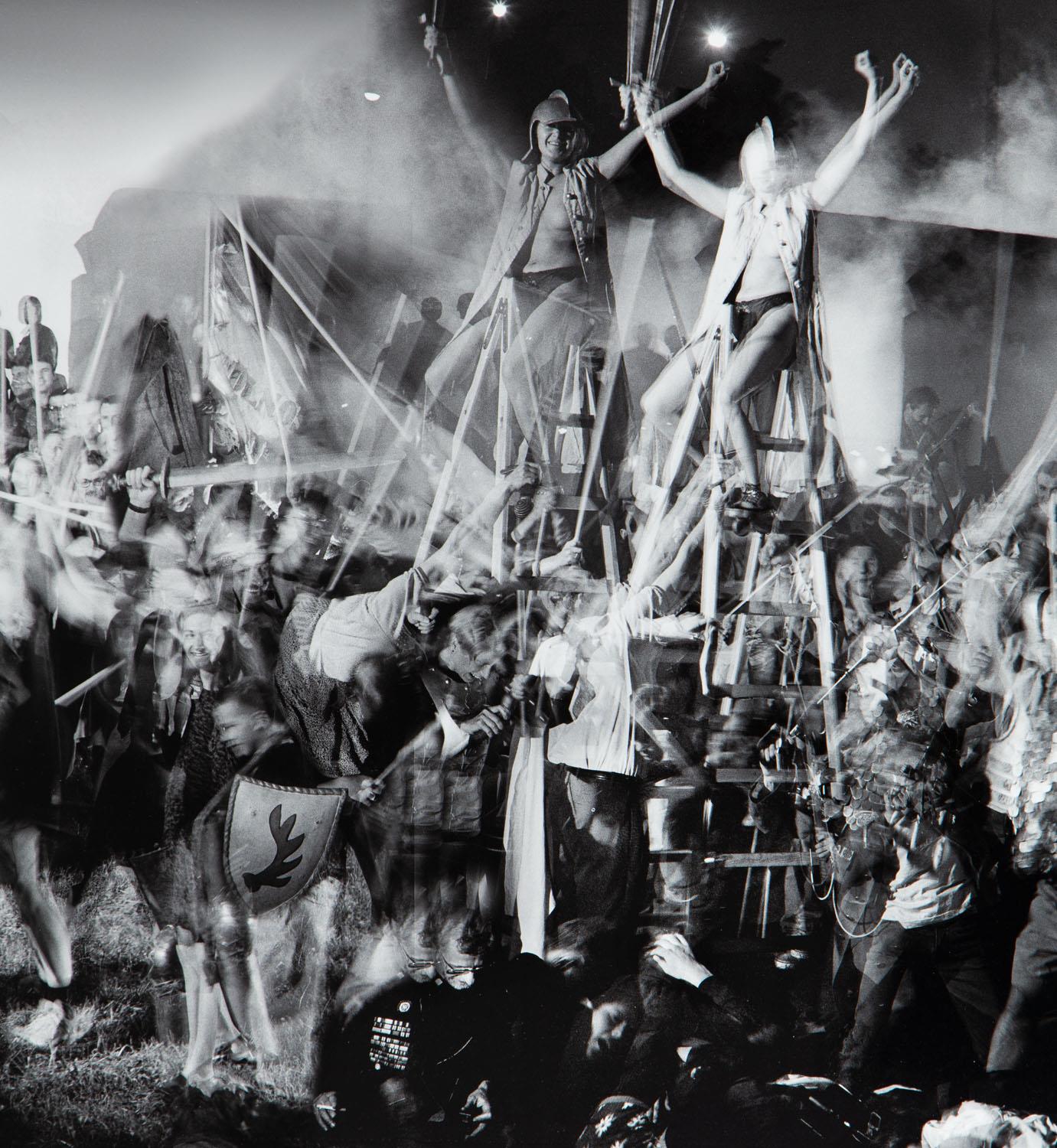 Among the items put up for auction at the “Collector's Photography” auctions ...