These words are attributed to Johann Wolfgang von Goethe. It is known that the writer was a zealous "collector". At the time of his death, he had a collection of 18,000 minerals, over 9,000 prints, over 4,000 drawings, and the shelves of his library were filled with about 8,000 books.

The passion of gathering has accompanied mankind almost from the very beginning. The Venus figurines from Peterfels, made of jet, come from the Upper Paleolithic period. At the Palace of Knossos, built over the centuries from the Neolithic to the Late Bronze Age, a collection of ceramic and bronze figurines have been discovered, including the Serpent Goddesses. In the pyramids, next to the mummies of the pharaohs, all the equipment was found, which was placed by the rulers as equipment for their eternal journey. Cameos, dishes, jewelry, clay tablets, not to mention naturals - these and many other items, preserved to this day and kept in museums, are one of a kind collections. Although, of course, collecting, as we understand it today, is a product of modern times.

Collecting is a passion, a way to build a social position or an alternative form of capital investment. It is also a commitment to artists and society that often leads to decisions about making their treasures available to the general public.

Can one then say: "Show me what you collect and I will tell you who you are?"

Collecting in a contemporary form comes from the so-called "kunstkamer" (or "wunderkamer") cabinets of curiosities. This idea dates back to the end of the fourteenth century, but it was the most popular in the sixteenth and seventeenth centuries. It all started with the treasures kept in the treasuries of secular and church dignitaries. In the offices, manmade products or products of nature were displayed, as well as the so-called curiosities, i.e. objects surprising with their weirdness. These could be goldsmiths made of precious metals, beads, pearls, rare shells, narwhal teeth that were thought to be a unicorn's horn, optical and surgical tools, paintings, miniature carvings in walnut shells or cherry stones. Such extreme different objects had in common the fact that they were all objects of fascination, albeit of different grounds. They were the eye-witness of man's talent or the captivating power of still untamed nature. You can read about the cabinet of peculiarities of Emperor Joseph II in "Books of Jacob" by Olga Tokarczuk:

"It seems as though [the emperor] has a tendency to melancholy, as he is interested in the human body and its secrets, all these bones, remains, human skulls, and he is also occupied with stuffed animals and rare monsters. He has arranged a wonderful wunderkamer to which he takes visitors; he is amused by their childish surprise, their disgust mixed with their fascination. At such a moment he watches his guests attentively, the polite smile falls off them, that friendly grimace that everyone has on their faces when they associate with the emperor. Then he sees who they really are "

During the Renaissance, middle-class families as well as the feudal lords, were promoted to the elite. The financial ennoblement was followed by a natural need to underline their position through artistic patronage. This universal phenomenon ̶ regardless of latitude and time- ̶ still occurs today. At that time, this tendency could be observed among banking families on both sides of the Alps, whether it was the Florentine Medici family or the Augsburg Fugger family. It is worth recalling that Lawrence the Magnificent (Lorenzo de Medici) was the patron of the most outstanding artists: Michelangelo, Leonardo da Vinci and Sandro Botticelli. In turn, the Fugger family, in whom the funds were invested by the popes and emperors themselves, funded, among others, a breathtaking chapel in the church of St. Anne in Augsburg.

In the era of the Enlightenment, the age of reason, an attempt was made to organize the chaotic collections and systematics of objects, which gave rise to the concept of a modern museum, although the collections at that time were still not generally available.

" [The Emperor] would like to soon turn this wunderkamera into an orderly, systematic, class-divided set of categories ̶ then the collection of curiosities will become a museum. It will be an epochal transition ̶ wunderkamera is an old, chaotic, anomalous and mindless world; a museum is a new world enlightened by light reason, logical, categorized and orderly "

The end of the eighteenth century and the nineteenth century were the time of opening priceless collections accumulated for generations. 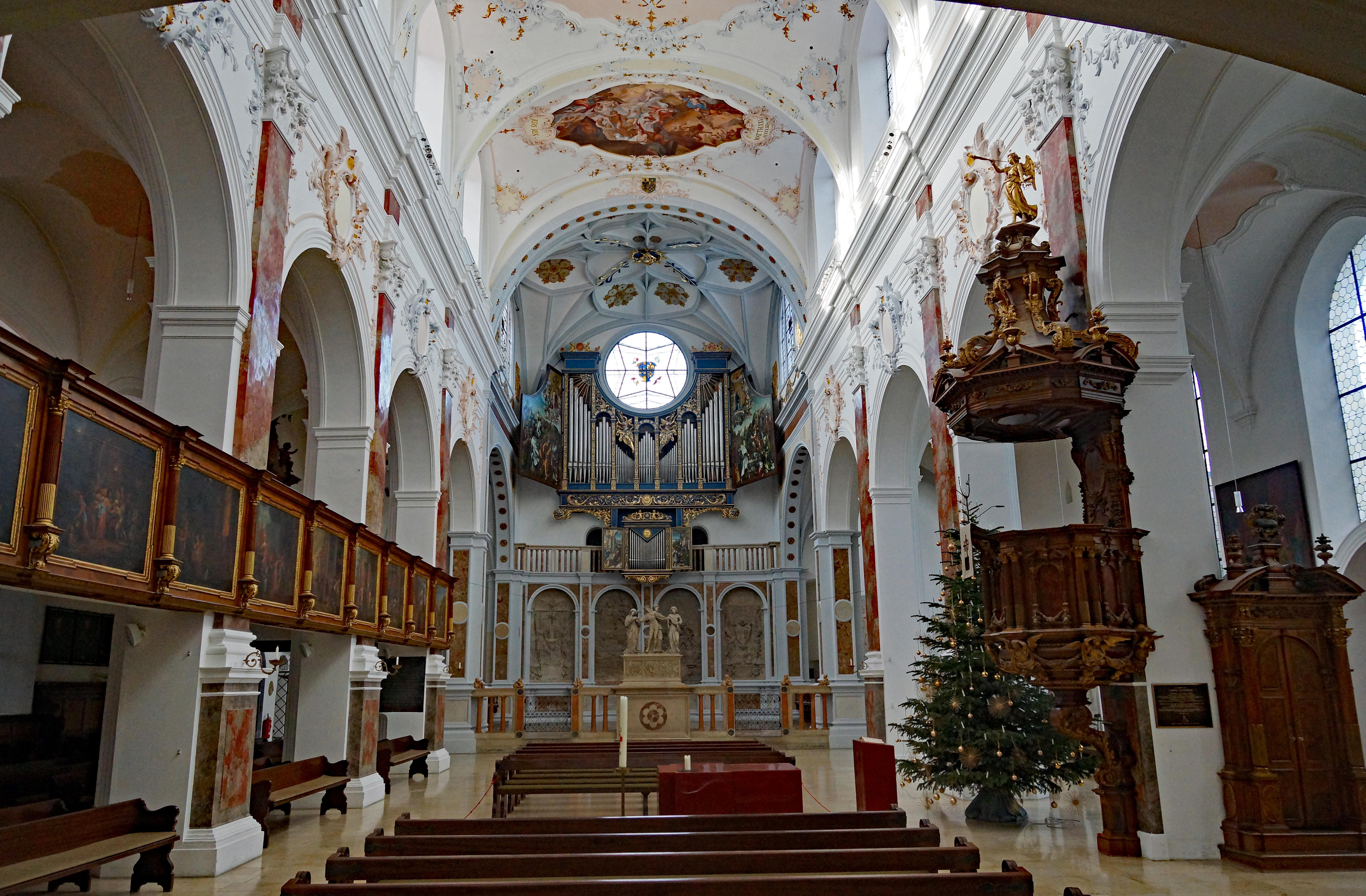 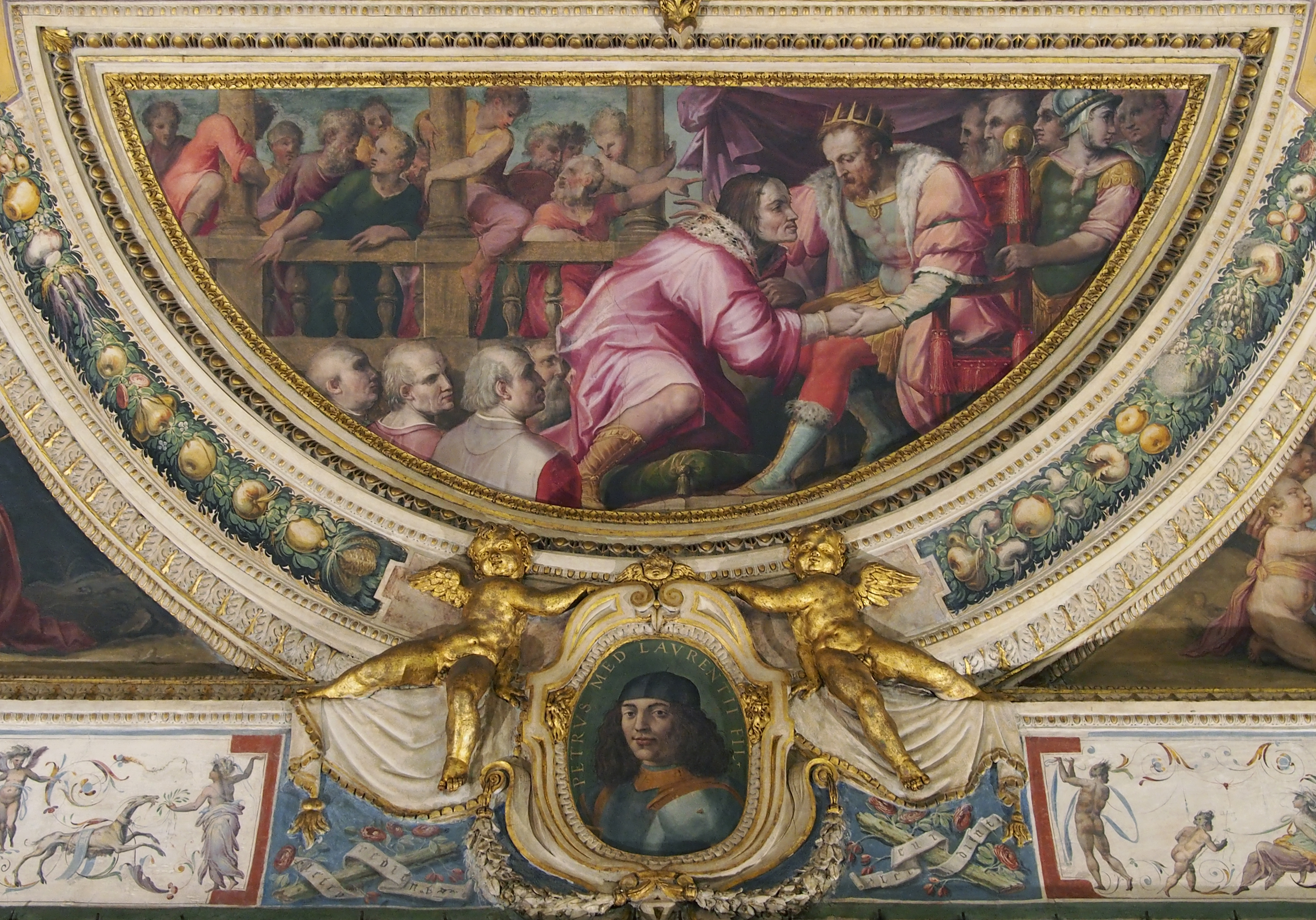 As a result of the French Revolution, the Bourbon collections were nationalized. Exactly one year after the fall of the monarchy, on August 10, 1792, the Louvre was officially opened.

King Ferdinand VII, at the urging of his second wife, Maria Isabella of Portugal, decided to transfer the collection related to the Spanish crown to the Royal Museum, now the National Prado Museum. Officially, the king wanted to create a pinacotheque in Spain modeled on the Louvre. Unofficially, he hated the collection of his ancestors and did not want to have to see it every day in his own estate (Juan Carlos, King of the Spaniards, History in Written Characters, directed by Guillaume de Lestrange, France 2013). Although the king did not want to see the collections at his own estate, almost two and a half million people visit the museum to see them every year! In 2020, the Madrid museum was ranked 18th in the world in terms of the number of visitors 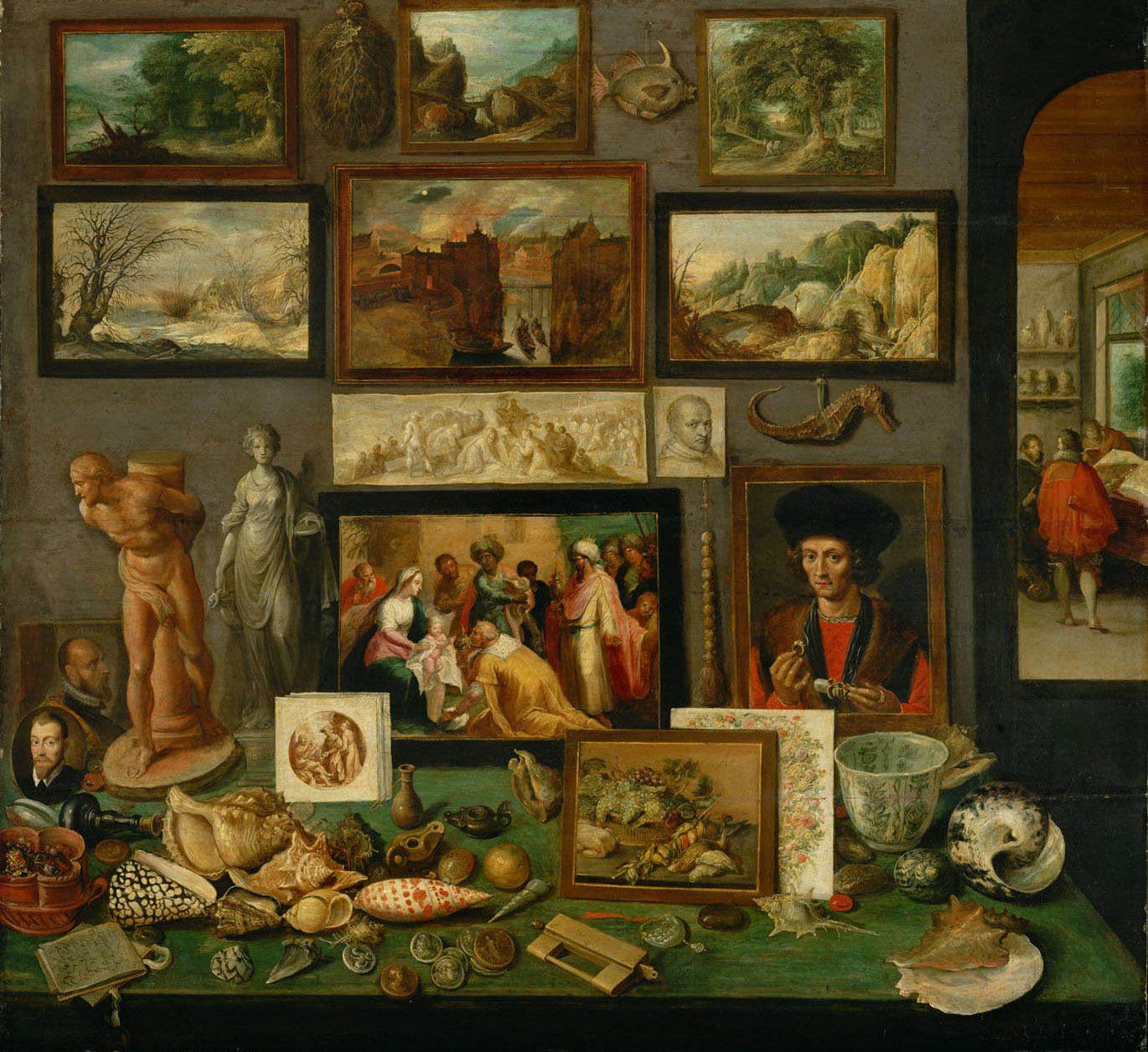 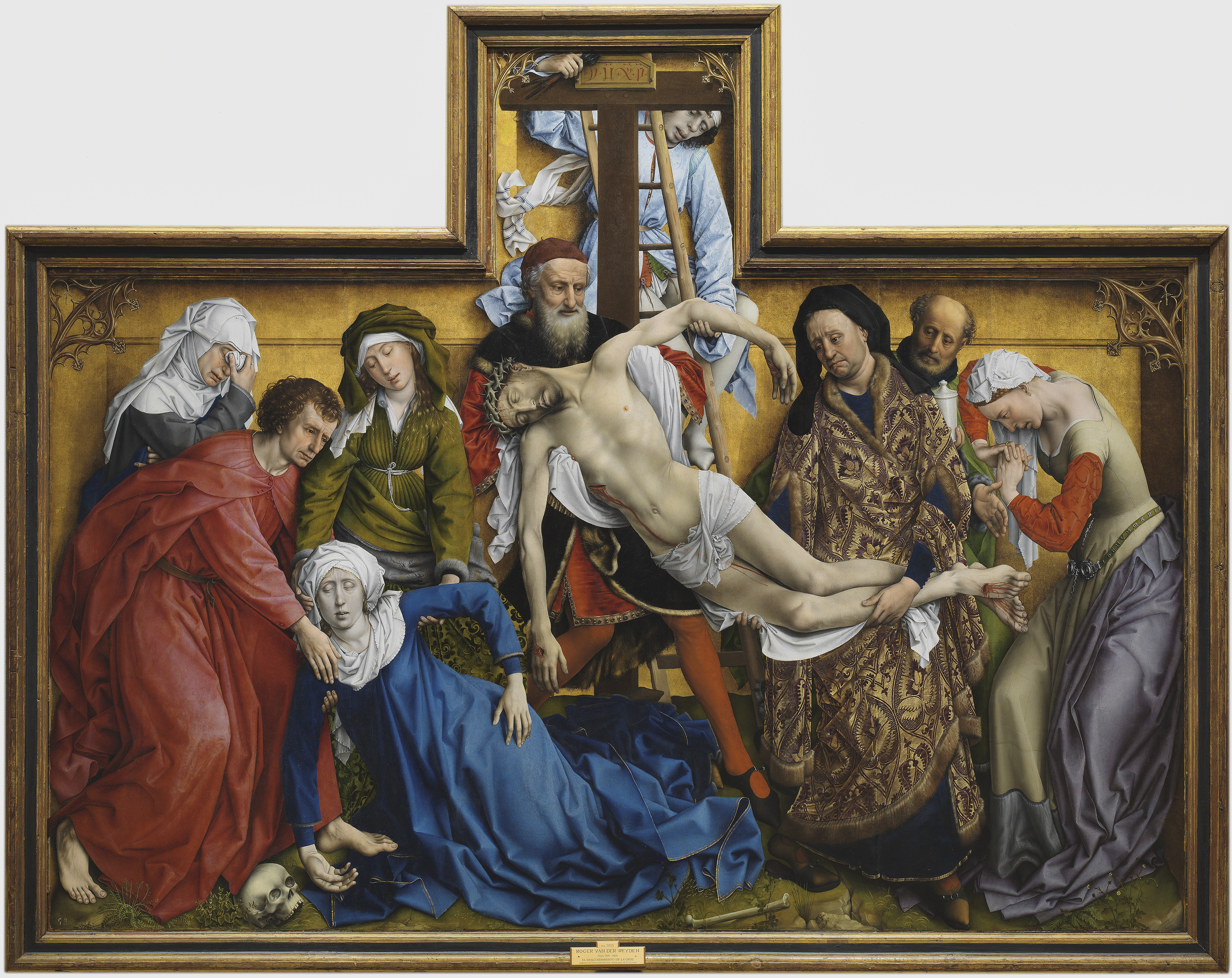 Rogier van der Weyden, The Descent from the Cross, ca.1435, one of the masterpieces of the Prado National Museum, source: WikiCommons 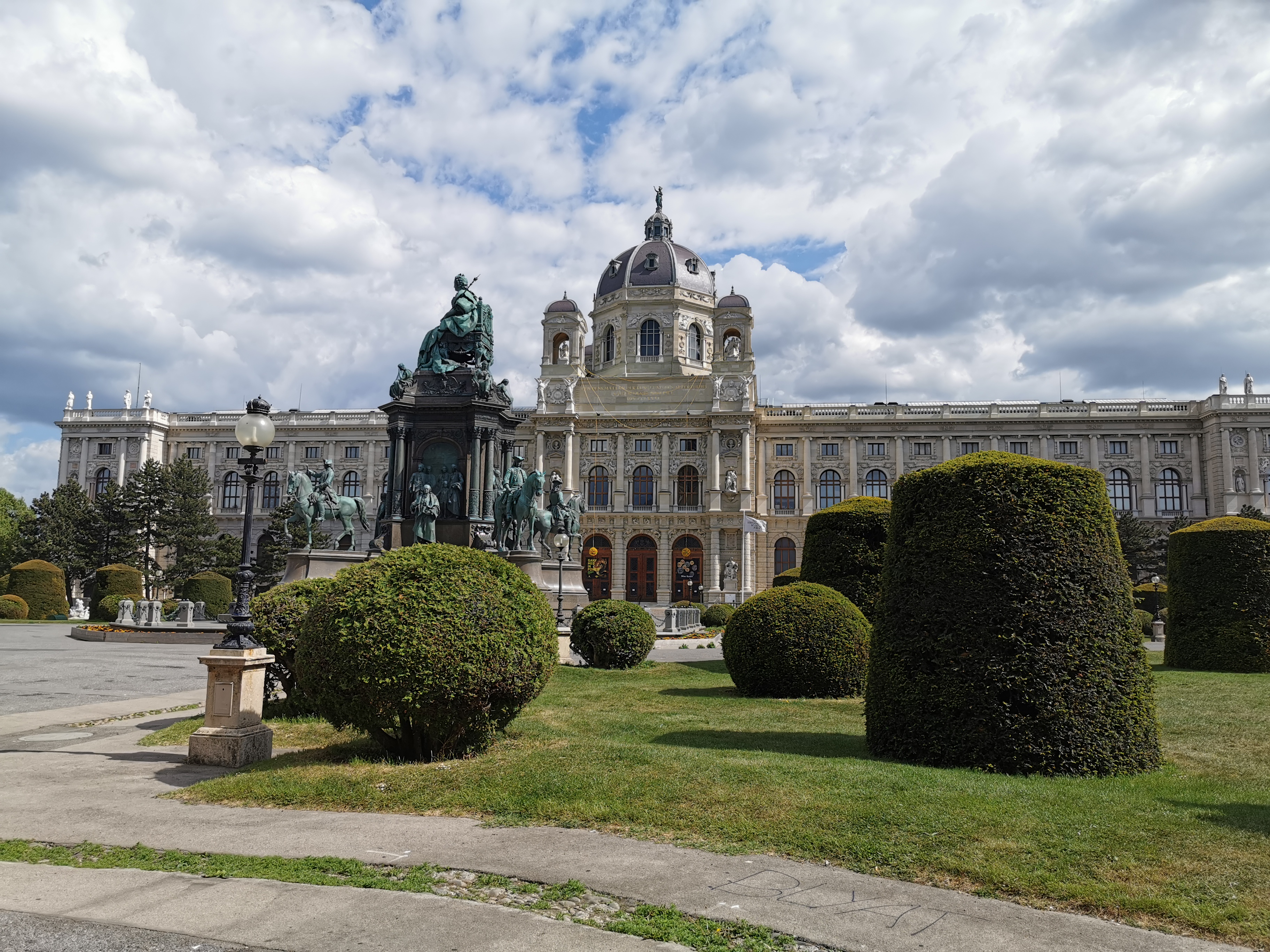 Maria Theresa Square (mother of Emperor Joseph II) and the building of the Kunsthistorisches Museum in Vienna, commissioned by Franz Joseph I, source: WikiCommons 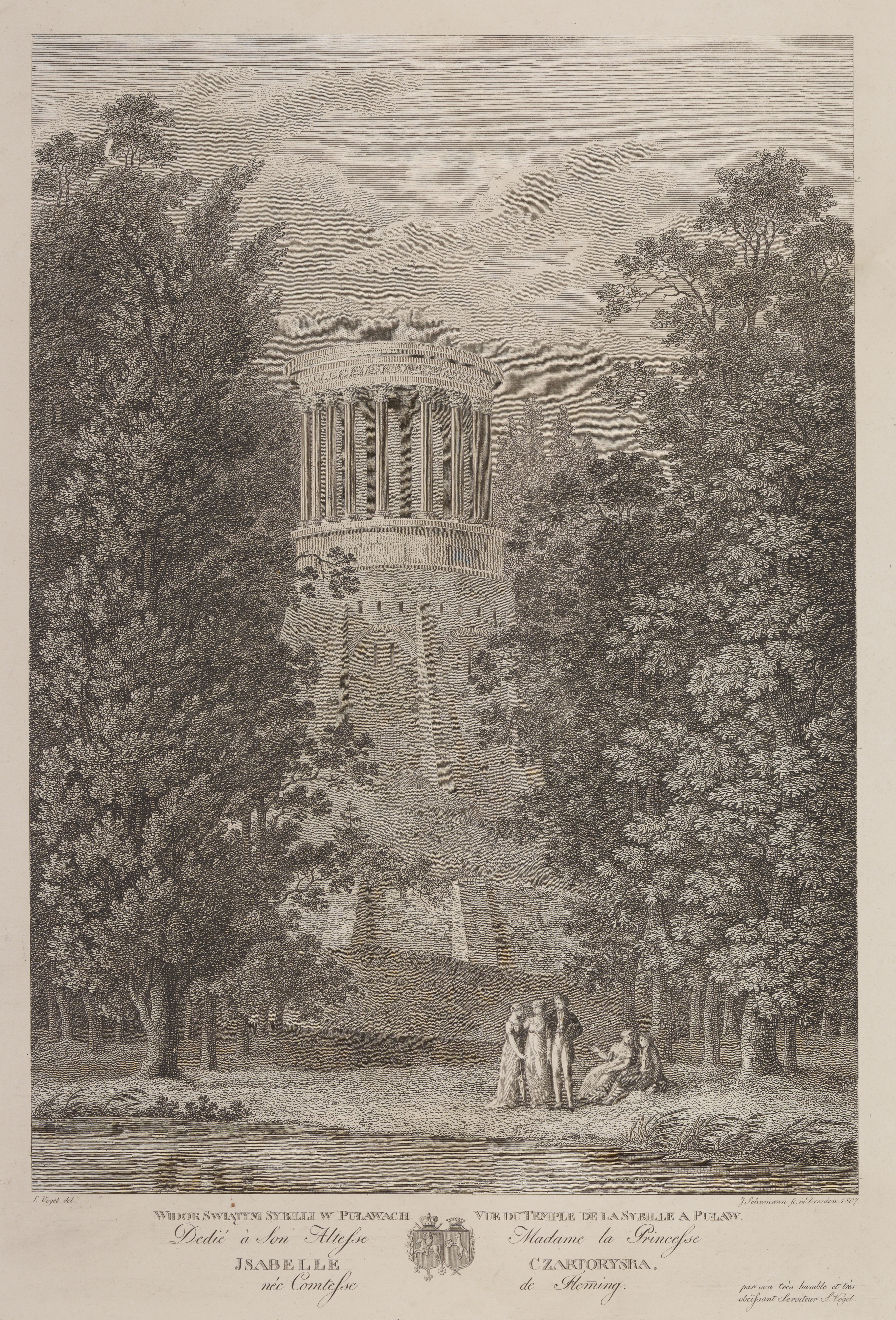 On the other hand, in Austria, Franz Joseph I also ordered the construction of the building of the Museum of Art History after the demolition of the city walls on the wave of the project to build many public buildings around the Ring. Since then, Vienna has exhibited the greatest treasures from the Habsburg collections: paintings by Peter Rubens, Albrecht Dürer and Pieter Bruegel the Elder

The inheritance of this imperial family is also enriched by museums from the entire Austro-Hungarian Empire, including in Hungary and the Czech Republic.

The largest private collection in the world is that of the British Royal Family. It is one of the most valuable assets in the Windsor house portfolio.

The collection is on display in 13 residences, both open and closed to the public, including Buckingham Palace and Windsor Castle. Some works are deposited in museums, such as the National Gallery or the British Museum

In the context of Polish collections, it is impossible to ignore the Princes Czartoryski Collection, now a branch of the National Museum in Krakow. The collection, which includes masterpieces of old masters, including the only painting in Poland by Leonardo da Vinci or Rembrandt's Landscape with the Good Samaritan, which was made available to the public in 1876. The historical and artistic profile of the collection is the result of the efforts of the founder, Princess Izabela. She collected the Polish historical mementoes In the Temple of Sybil in Puławy and works of art and memorabilia were kept in the Gothic House. Both buildings were designed by one architect, Christian Piotr Aigner, and they hide mottos indicating the nature of their collections. Above the entrance to the Temple of the Sibyl house, "Temple of Remembrance" and the inscription "The Past of the Future" was engraved, and on the shaft of the key to the Gothic House there is a quote from the Aeneid "A woman, the leader of a glorious deed".