Old masters in the first half of 2022

The sector of old masters' art is dynamically developing in the Polish market. It is popular both among private collectors, who treat it as a great form of investment, as well as public institutions, which, thanks to our auctions, can enrich the state collections with outstanding works of art. This trend may be exemplified by the sales of works such as "View of the Port in Collioure" by Mela Muter, as well as "Teatime" ("Tiller") by Wojciech Gerson, which have recently enhanced the collection of the National Museum in Warsaw.

Maria Melania Mutermilch / Mela Muter, View of the port in Collioure,, circa 1925

The first half of 2022 was abundant with spectacular records, and the auctions brought numerous unexpected results. Undoubtedly, one of the most significant aspects was the internationalization of the Polish art market. DESA Unicum made a significant contribution to this success with such sensations as the "Portrait of a Lady" by Peter Paul Rubens, sold at the March "Old Masters. 19th Century and Modern Art" auction.

The field of artistic graphics also saw some significant changes. Our auction offer more frequently features works by such avant-garde artists as Salvador Dali, Marc Chagall, and Pablo Picasso. Our clients can also choose from artworks by old masters, such as Albrecht Dürer.

Art is becoming an increasingly good and reliable form of investment. We notice that artworks resold on the market are significantly more expensive, compared to their prices from a few or several years ago. The same trend applies to certain famous names. The works by renowned artists such as Jacek Malczewski, Mela Muter, Leon Wyczółkowski, Józef Brandt, Olga Boznańska, and Józef Chełmoński are of unflagging interest. Collectors are willing to pay high prices and engage in fierce competition for works by these artists. Apart from the compositions by the leaders of Polish art, there is also a number of compositions by "small masters"-creators whose works did not reach high prices so far but are now increasingly more appreciated. This tendency results from the emergence of a new group of recipients who have entered the art market-amateur collectors who are just starting to expand their collections. A good example is a landscape by Stanisław Gałek auctioned during the June auction of old masters. Its estimated price ranged between PLN 6,000–8,000 (EUR 1,280–1,707), finally reaching the amount of PLN 20,000 (EUR 4,266).

Over the past few months, we have seen the evolution of both current trends, which have been evolving for quite some time, as well as completely new phenomena in the auction market. For example, compositions by Wojciech Kossak or Jerzy Kossak are currently worth over a dozen thousand euros, whereas a few years ago the works reached a price of a few thousand euros. 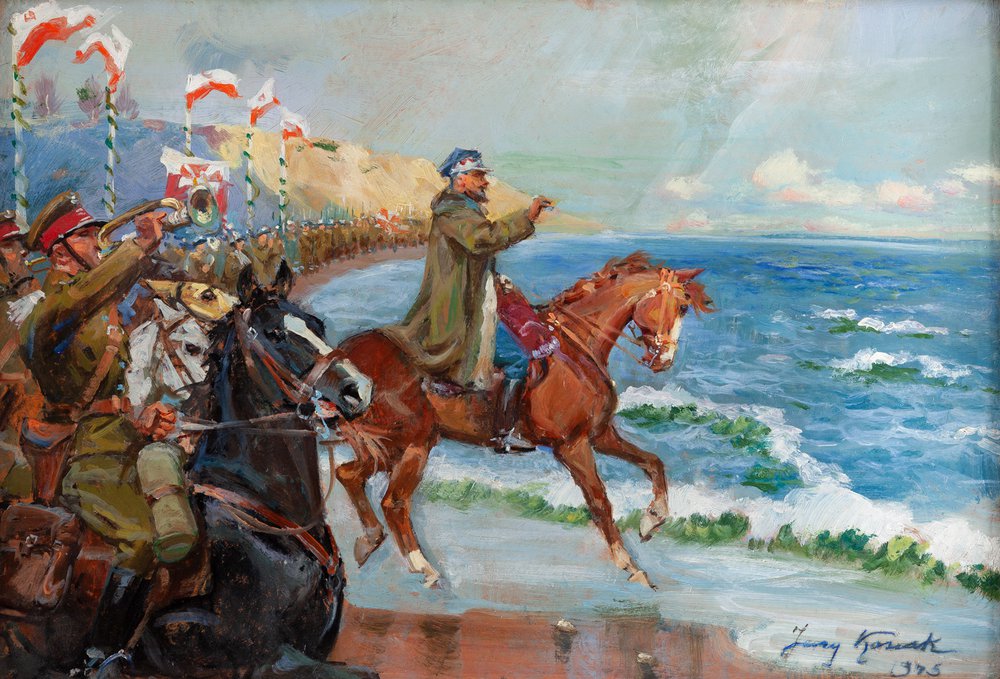 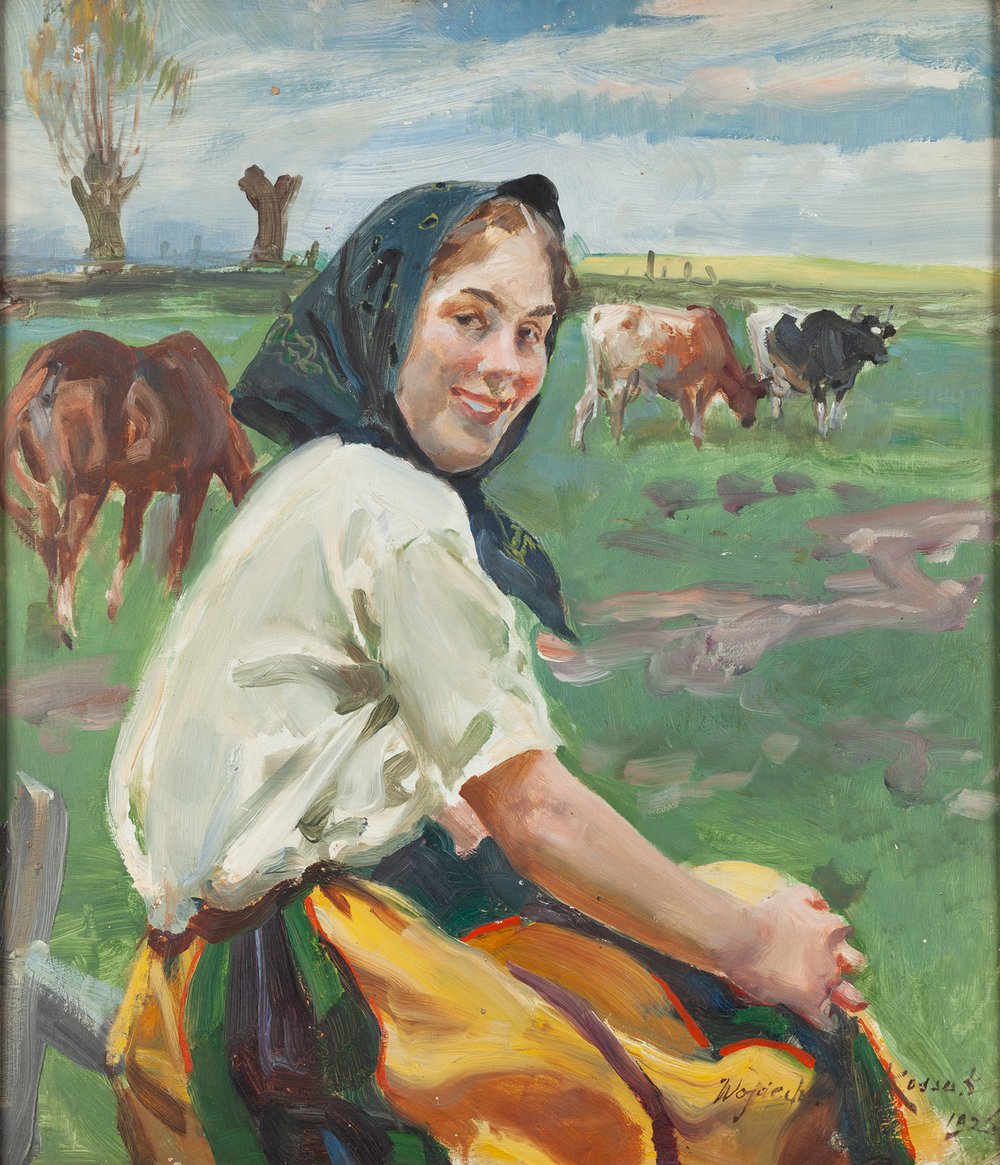 Wojciech Kossak, Shepherdess on the meadow, 1926 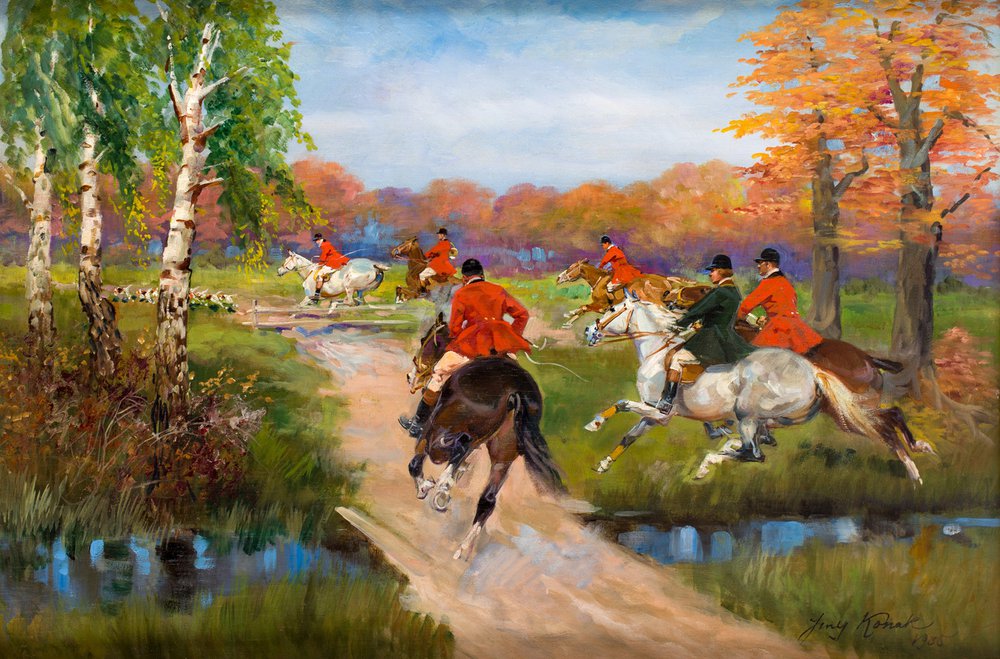 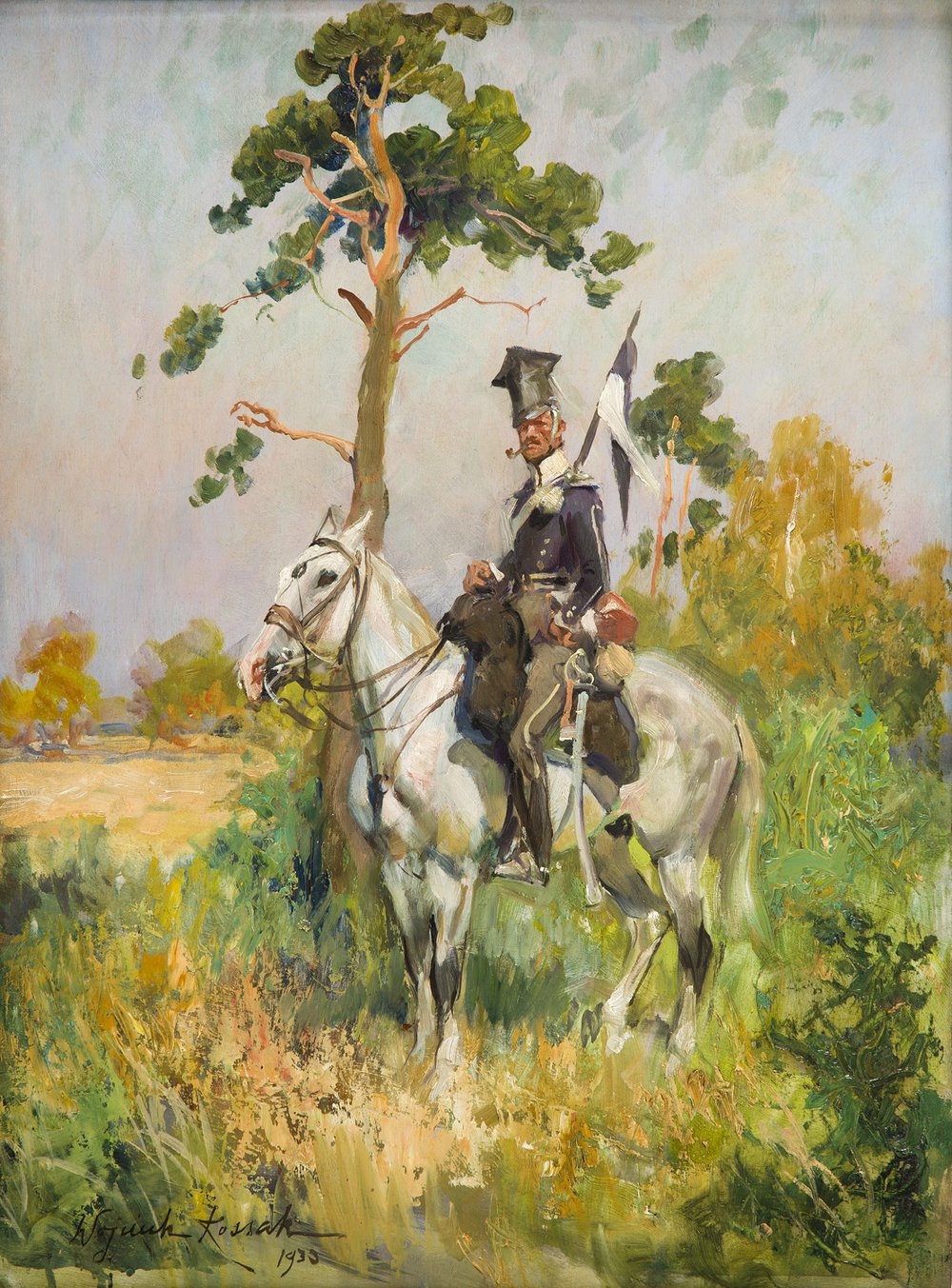 Wlastimil Hofman's works are enjoying unflagging interest and seeing a similar increase in their value. The trend is no different in the case of another remarkable art tutor-Jacek Malczewski. Works by this master of symbolism were estimated at tens of thousands of EUR a few years ago but now reach prices above EUR 100,000, with the works of high artistic and historical value amounting to tens of thousands of EUR.

MASTER AND HIS OUTSTANDING STUDENT. MALCZEWSKI AND HOFMAN

Works on paper also achieve increasingly better results. Currently, the prices of pastel compositions by Witkacy as well as watercolor and gouache works by Julian Fałat may be compared to the prices of oil paintings by artists of comparable recognition.

The art market is developing very dynamically, as evidenced by the totals at two "Old Masters, 19th Century & Modern Art" auctions that took place in the first half of 2022. The March edition of this project, with its most prominent "Portrait of a Lady" by Peter Paul Rubens, recorded a spectacular turnover of PLN 26,876,400 (EUR 5,733,459), including commission. Equally successful was the June auction, with the totals amounting to PLN 11,061,360 (EUR 2,359,686). We also notice increasingly higher prices reached at the auctions of "Works on Paper - 19th Century and Modern Art." The results of the May edition exceeded PLN 2 million (EUR 426,654) including commission.

DESA Unicum is constantly expanding its offer. In addition to on-site bidding, we present you with many interesting online auctions, during which you can purchase different works in various price ranges.