Jewish Polonicum on the Seine

Georges Clemenceau was an outstanding French journalist, politician and statesman. He was the prime minister twice (1906-09, 1917-20), also during the historical storm (the end of World War I and the Treaty of Versailles). He was also friendly towards artists, which is not a rule amongst eminent politicians.

The context for the creation of "Au pied du Sinaï" (At the foot of Sinai) are the events of the last decade of the 19th century in France and the famous Dreyfus case. Alfred Dreyfus, an officer in the French army of Jewish descent, was accused of treason on behalf of Germany. He was to reveal to the other party strategic plans from the army's point of view. A series of humiliations began, which for Dreyfus meant, inter alia, degradation and many years of imprisonment (originally: life imprisonment in the infamous penal camp on Île du Diable). A few years after his imprisonment, it turned out that Dreyfus was not the author of the letter, which was the main evidence in the case that ended with his sentence. Though it might seem that such a turn of events will immediately and happily end Dreyfus' humiliation. This did not happen, however, as it turned out that He needed to consolidate the circles that did not mind his personal fate, assuming guilt on account of his origin. One of Dreyfus's defenders was Clemenceau. As editor of the L'aurore newspaper, he decided to publish Emil Zola's famous article "J'Accuse ...!" (January 13, 1898). The text provoked an aggressive reaction that forced the writer to flee to Great Britain. Regardless of the further course of events (today, the poignant Dreyfus Monument stands at the entrance to the Paris Musée d'art et d'histoire du Judaïsme), Clemenceau published several hundred more articles in his newspaper in defense of the defamed officer.

Lithography was a refined technique, it gained importance thanks to the activity of Henri de Toulouse-Lautrec. The posters he created using this technique, originally considered as something mediocre, turned out to be works of art. It is not known whether Georges Clemenceau was aware of this "refinement" of lithography, but he certainly knew that Toulouse-Lautrec, whom he asked to illustrate "Au pied du Sinaï", was an excellent, sensitive draftsman and graphic artist. The book had no direct connection with the Dreyfus affair. It was obvious to all, however, that dealing with the fate of the Jews at that time, and in this affirmative way, was a political declaration. Lautrec, who had never seen Polish Jews in their natural, Polish surroundings, prepared to illustrate Clemenceau's book, sketching them by spending hours in the Tournelle district of Paris. The result is graphics full of life and dynamics. "Au pied du Sinaï" is, on the one hand, joining the stream of political life by an outstanding artist, and on the other, a fascinating and somewhat unexpected Jewish polonicum from the Seine. 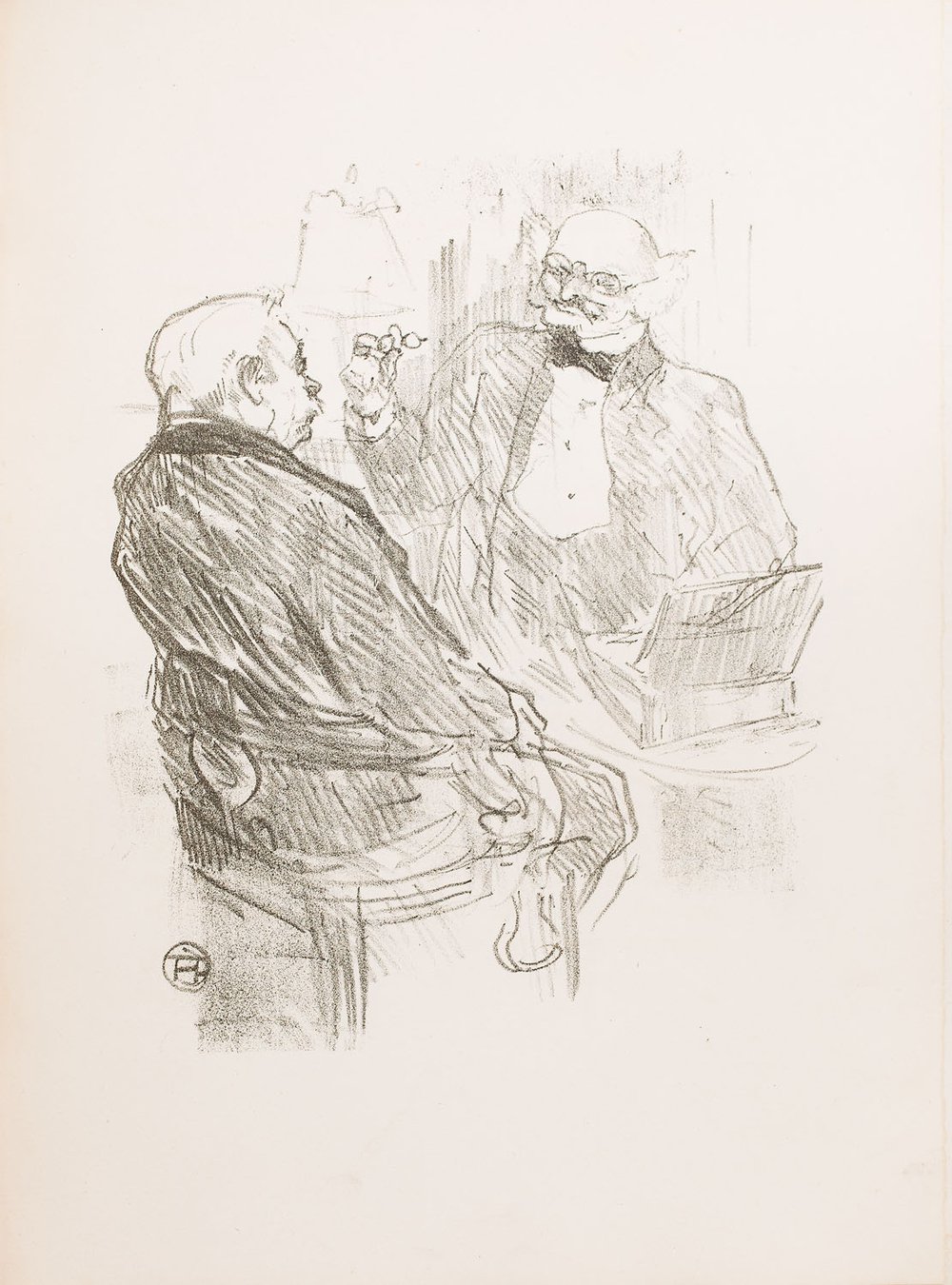 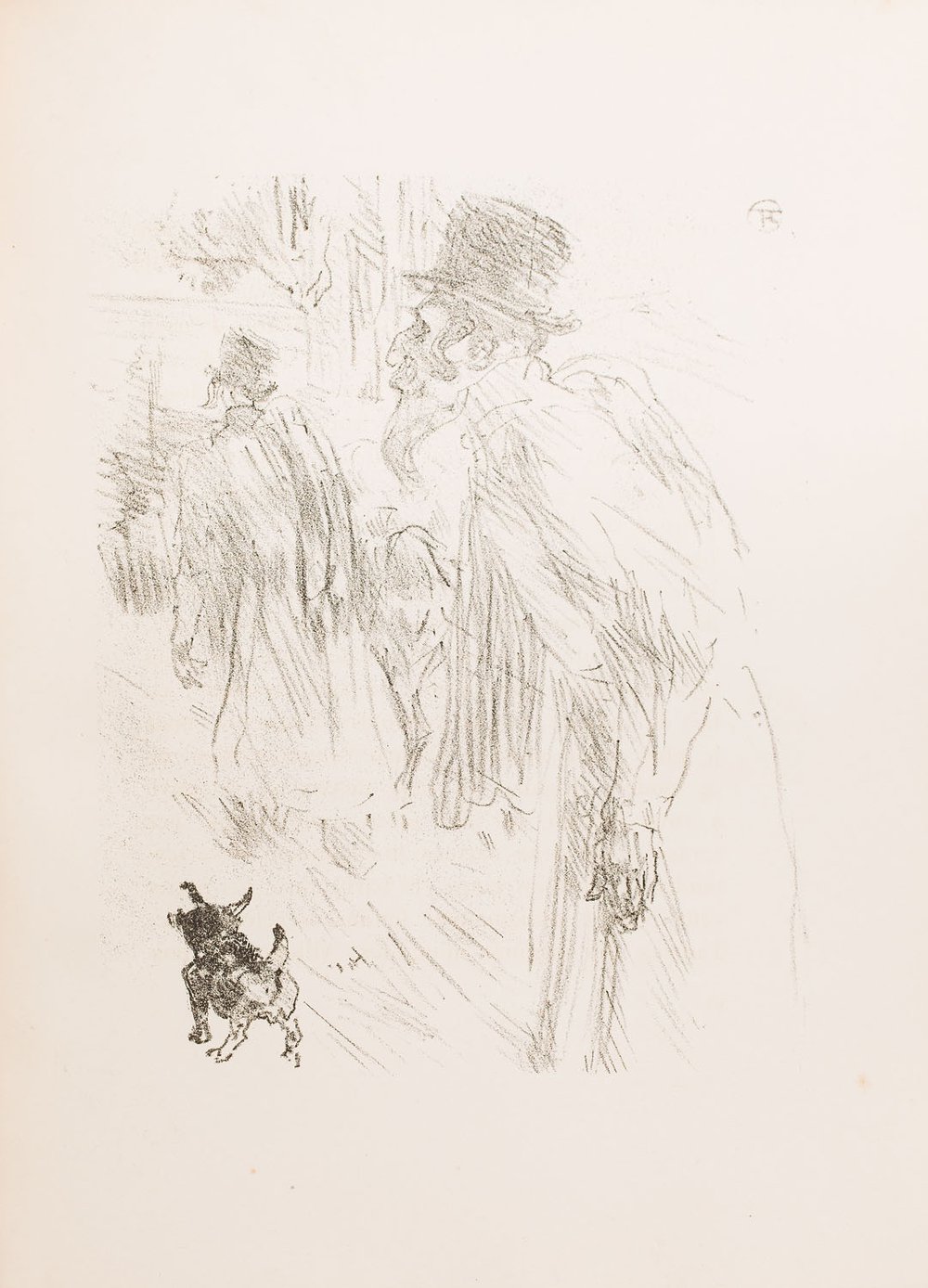 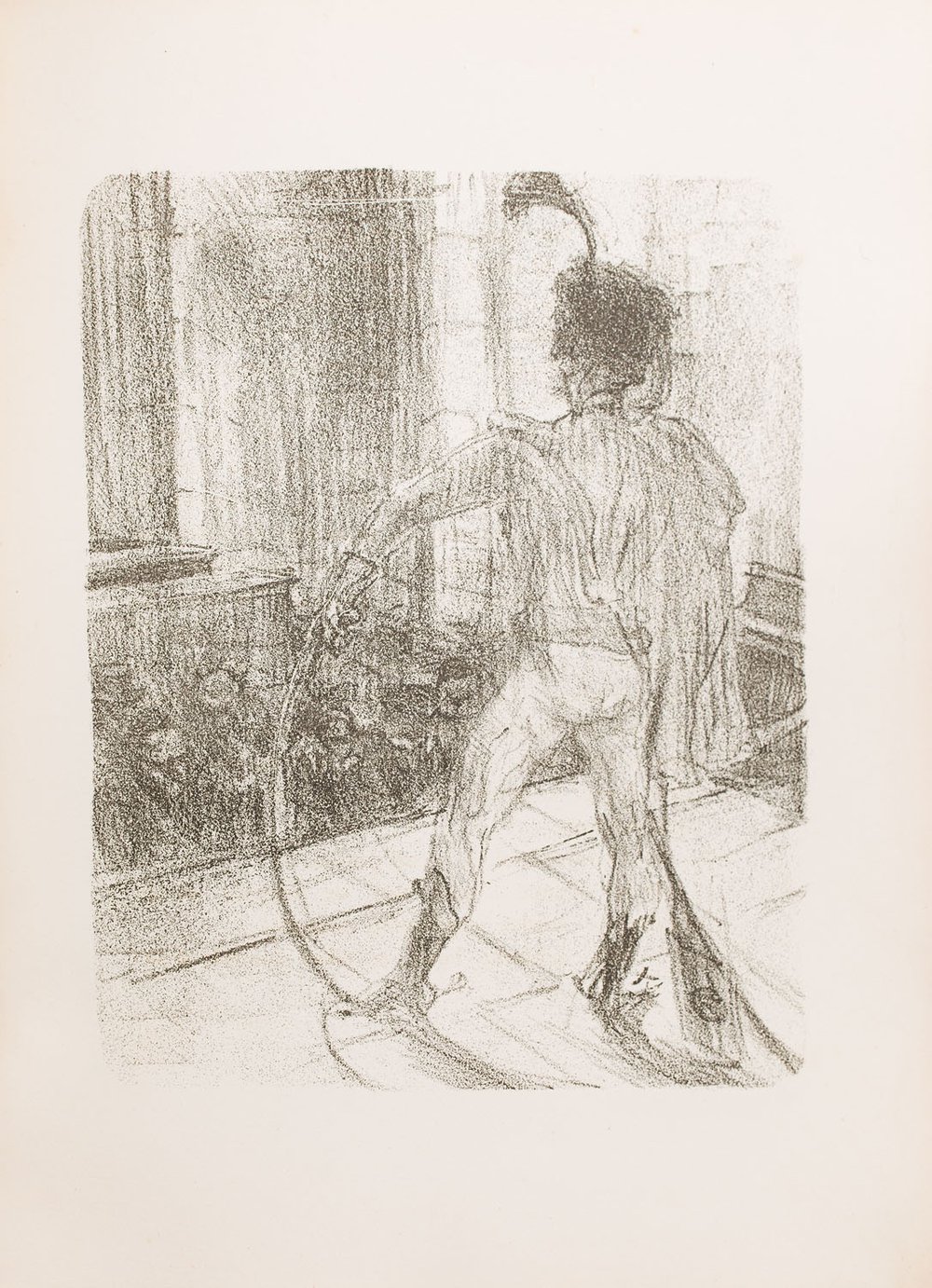 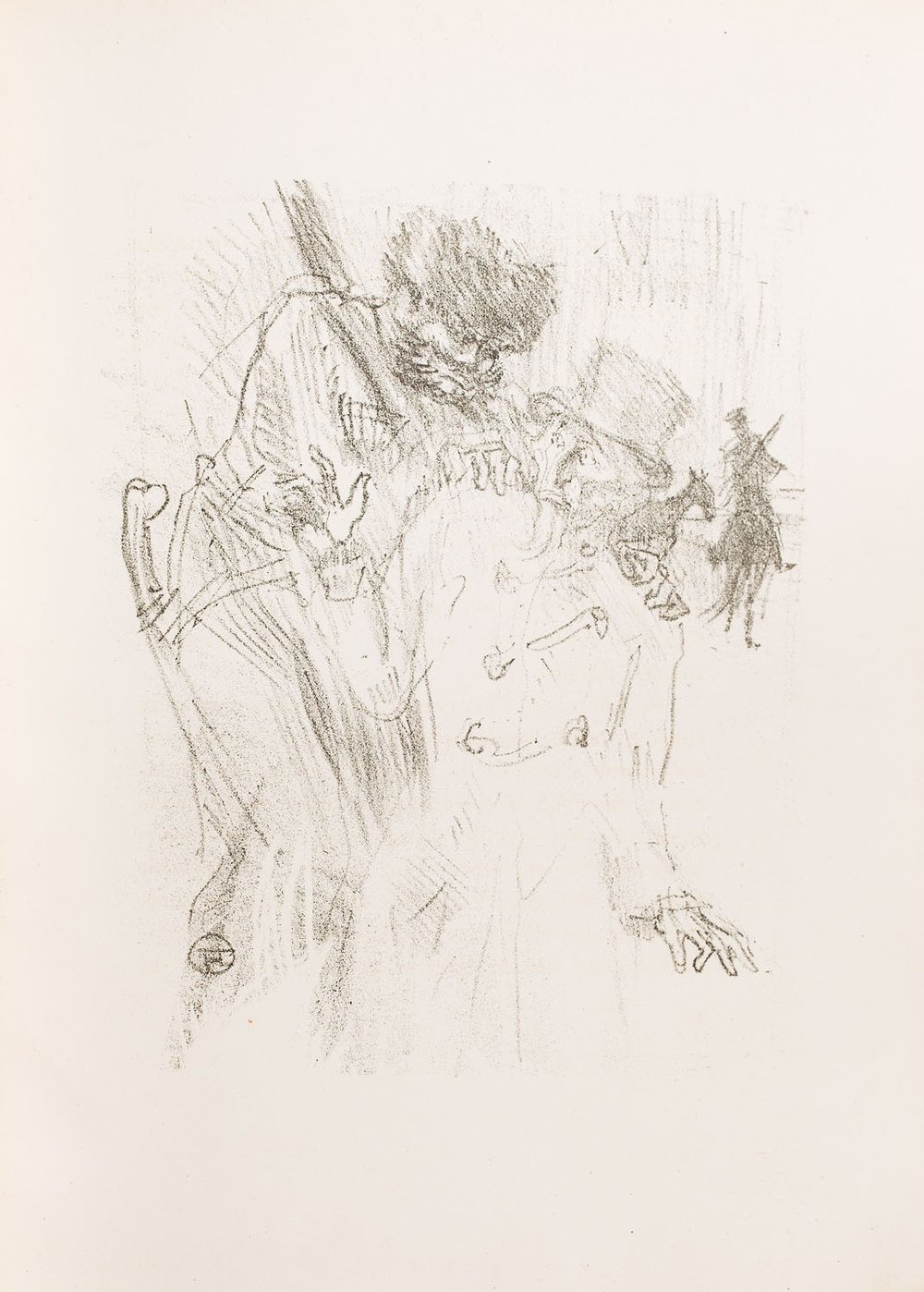 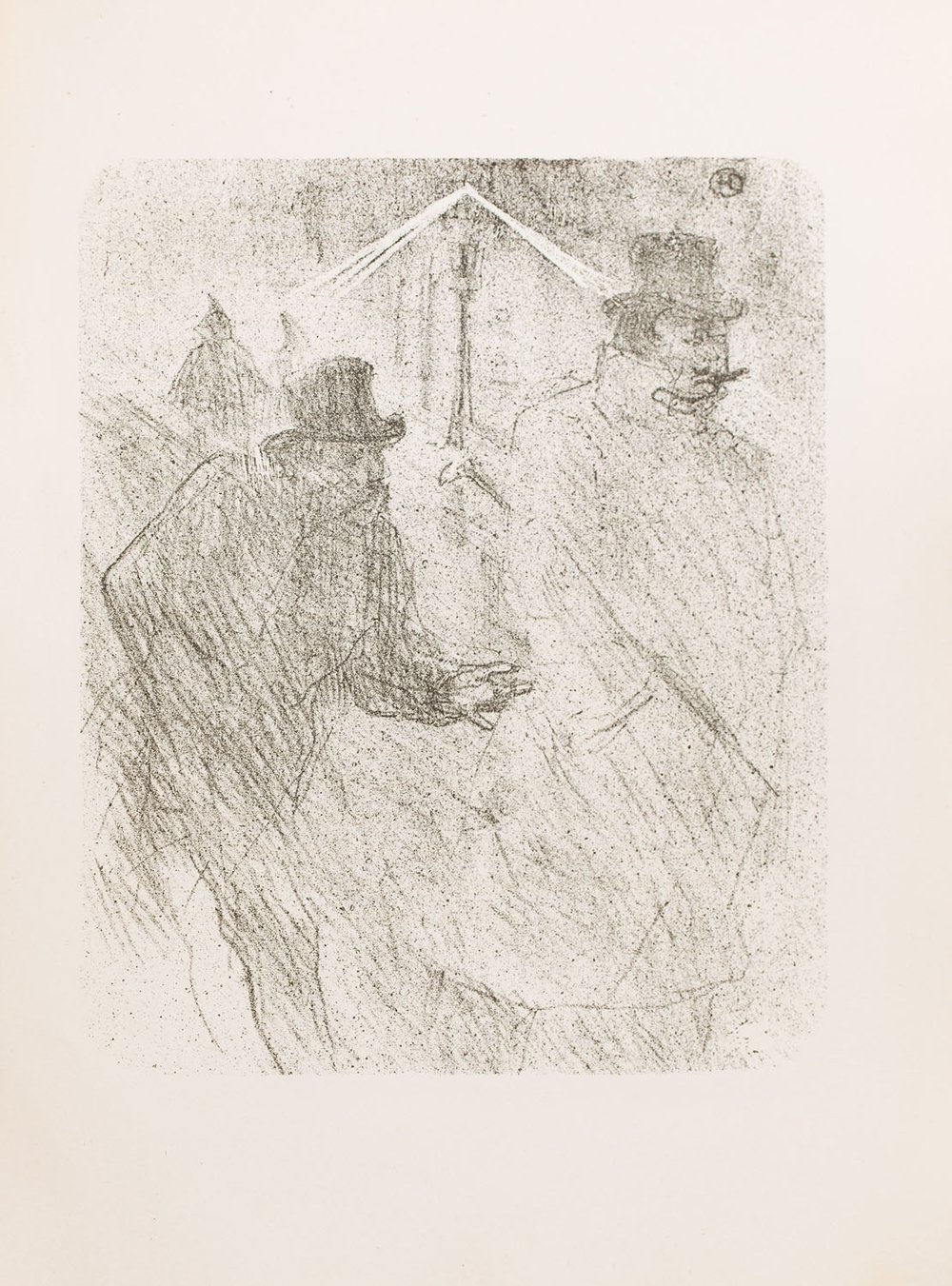 The Old Masters Department coordinates some of the most important auctions at ...