Fractals: the unity of science and art

Fractals, like all mathematics, are full of paradoxes –they are sources of creativity, beauty, and astonishment - but at the same time they can be a powerful tool for analyzing and communicating complex issues.

These multifaceted, amazing structures can be described by mathematical formulas. Scientists suspect that the reality around us may be transformed into a fractal record - Professor Luciano Pietronero from the Università di Roma believes that the whole universe has a fractal structure. It is highly probable that the highly anticipated Theory of Everything could emerge from the aforementioned concept. Geometry lessons at school start with straight lines, circles, rectangles, and triangles, when in fact the first figure a child encounters should be a fractal.

Although it is difficult to assign a single definition to a fractal because of their wide variety, the feature they all have in common is that a part of the fractal is similar to the whole, which is why mathematicians characterize fractals as self-similar figures. They have a non-trivial structure at any scale and are characterized by a jagged and clumped appearance. 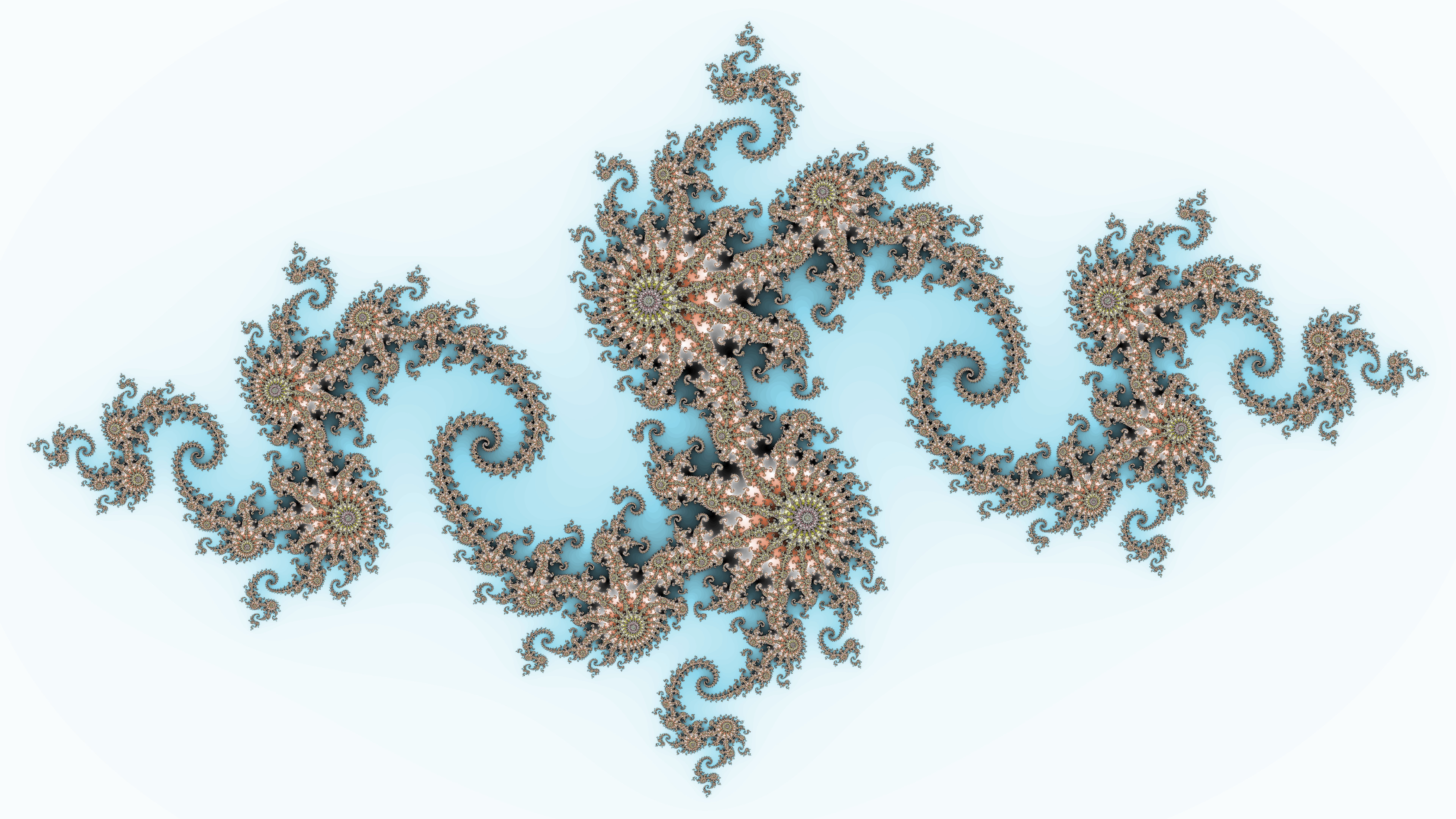 Interest in fractals dates back to the 17th century when mathematician and philosopher Gottfried Leibniz took up the problem of recursive self-similarity. In 1883, Georg Cantor presented the first sets, which are considered to be fractals. Concepts in the following years were influenced by Helge van Koch, Pierre Fatou and Gaston Julia, among others. In 1975, Benoit Mandelbrot summarized and presented the work of his predecessors in the form of computer visualizations and created a definition of the word "fractal". We can present these sets in a visual form, among which the "Mandelbrot Set" is particularly interesting. According to many, it resembles a beetle in appearance and is a source of inspiration for many artists.

The discovery of fractals was an interesting achievement and a breakthrough in understanding nature. Many forms of nature known to us turned out to be composed of fractals. River deltas, fern leaves, Romanesco cauliflower, snowflakes, mountains, coastlines, and clouds to name a few. No one had ever suspected that such forms, irregular to the eye, could be included in geometry. After all, even the most typical elements, such as trees, do not resemble solids with sharp edges.
Interestingly, Professor Shaun Lovejoy from McGill University predicts that fractals will contribute to weather prediction in the future. In his opinion, meteorological phenomena can follow logical rules, which he has already demonstrated by analyzing specific rainfalls. It has also been discovered that elements of the human body - from proteins to neurons - also take on fractal shapes. 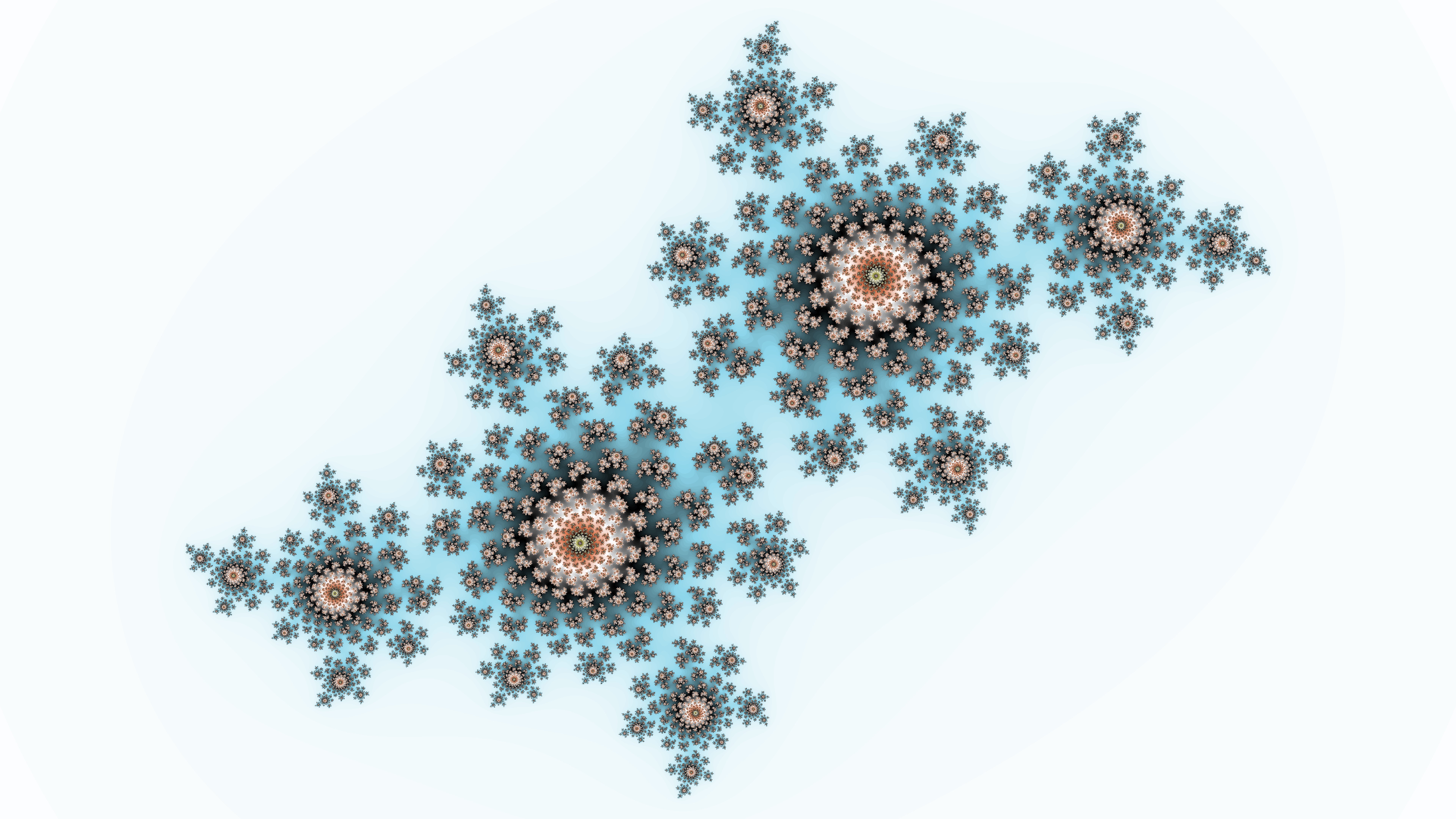 Although classical geometric figures are admired for their conceptual beauty, they lack visual variety compared to natural phenomena.
Fractal geometry is prevalent in ancient, traditional African architecture and art - round houses are found within circles of circles, and triangles are built into proportionally larger triangles.
When analyzing the art of the 20th century, it is worth mentioning two interesting phenomena. The Surrealists in the 1920s developed a technique of creating art using the method of mental automatism, which meant the desire to create works with the exclusion of consciousness. As it turned out, Surrealist art was based on fractal figures. Among others, Max Ernst enriched his works with fractal accents. Decalomania, a technique he often used (squeezing paint between two surfaces that are then detached from each other), can create fractal patterns.
The year 1999 also saw a breakthrough in art, when groups of scientists conducted a fractal analysis of Jackson Pollock's works. The research showed that the artist's works almost flawlessly reproduce mathematical figures, so that gazing at them reduces the stress level in the observers and attracts their eyes.

Gaston Julia, the necklace's namesake, was a French mathematician who created a unique fractal. Benoit Mandelbrot popularized his work. The "Julia's set" is two complementary sets defined by a mapping that is a measurable function, hence the fractal appears to be strangely regular. Just as the Mandelbrot's set is a subset of a complex plane.
People often ask why fractals are such an interesting phenomenon. Research into people's aesthetic judgement has shown that these patterns attract attention.
As much as 90% of the study group found fractal works more visually appealing. It's because we have evolved in a world where fractals are visible in the surrounding reality. They are the shapes of trees, animals, or geological formations; therefore, they evoke in us a sense of security.