Boucheron. The story of the famous Parisian jeweller from Place Vendôme 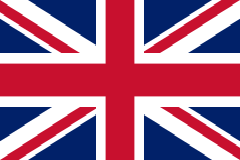 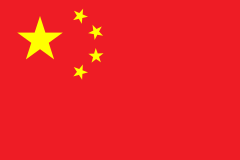 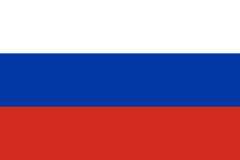 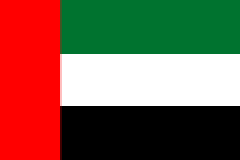 The beginnings of Parisian jewellery art

The history of the jewellery House of Boucheron dates back to 1858, when Frédéric Boucheron opened his first boutique under the arcades of Palais Royal in Paris.

Frédéric's love for beauty was in his blood - his whole family worked in the world of fashion. His knowledge of creations, colours and compositions distinguished jewellery designs of the young creator. Since childhood, he knew that he wanted to become a jeweller, so he began learning the trade at a very young age, under Jules Chaise. At the age of fourteen, he completed his apprenticeship and immediately began working for another famous jeweller in the Palais Royal. In 1867, he won a gold medal at the International Exhibition in Paris. A few years later he was awarded the French Order of the Legion of Honour for his unique jewellery designs.

Since the death of Frédéric Boucheron, the company became a true dynasty in the artistic jewellery market. It offers extraordinarily beautiful and precious creations that can impress even the most demanding customers from all over the world. Hélène Poulit-Duquesne, CEO, comments:

"In today's world, luxury customers increasingly appreciate the rare and unique. Thus, they are moving away from the ubiquitous offerings of giant companies. It is our uniqueness that makes us exclusive."

Boucheron's board of directors is invariably committed to maintaining authenticity in the ever-changing world of fashion and jewellery. Former CEO Pierre Bouissou recalls: "One of my main priorities was to work on the innate foundations of the company, in other words I was guided by the legacy Frédéric Boucheron has left us. As the founder of the first boutique in Place Vendôme, back in the 19th century he developed leading-edge techniques for making watches and artistic jewellery. Together with the creative director, Claire Choisne, we wanted to reinterpret the company's history. Until now, all the designs have been inspired by archival drawings. Each one was connected to a real story. It is this attention to tradition and history that sets us apart from other companies that have entered the market relatively recently."

Growing prestige and development of a major jewellery company

In 1887, Boucheron was the only jeweller invited to the auction of the French Crown Jewels. There he acquired the famous Cardinal Mazarin Diamond, which in 2017 sold for more than 14 million US dollars. Frédéric, enchanted by the royal jewellery, created a series to reflect the uniqueness of the Belle Epoque. As it turned out, it was a step that ultimately fuelled the company's growth – as soon as in 1898, Frédéric opened a boutique in Moscow, and in 1903 he followed up with stores in London and New York. The year 1900 brought some changes to the company - Boucheron became a pioneer of Art Nouveau jewellery. In later years jewellery began to evolve towards, a very fashionable at the time, Art Deco.

During the 1930s, Boucheron created designs for royal families from all over Europe and the world. The tiara they created was very popular with The Queen mother. From the 1930s to the 1960s, Boucheron jewellers also created and refurbished the royal collection of the Shah of Iran's jewellery. In 1960 the collection of stones and jewellery was donated to the Jewellery Museum in Tehran founded by the Shah. In the 1970s, Boucheron jewellery turned a little more towards nature. Both in motifs and materials used. Metals, precious stones, and pearls were joined by wood and tortoiseshell.

However, the royal history of orders and innovative motifs of the family jewellery tycoon went hand in hand with market transformations. In 1994, the Boucheron brand was transferred to the Schweizerhall company. Six years later it was taken over by Gucci together with the entire holding. In 2004, along with the purchase of Gucci companies, Boucheron was transferred to the Kering Group. In 2011, the Group was bought out by Sowind. Since 2015, the highest position in the House of Boucheron has been held by Hélène Poulit-Duquesne. She described the company's strengths by saying: "I have no doubt that I made the right decision. Every day when I wake up in the morning and go to work, I feel incredibly happy. You can sense the energy, ambition, and desire to develop the company here. Boucheron, despite its relatively small size, has enormous potential for growth. In fact, compared to our market-expanding rivals, the relatively small size of our house is one of the most valuable advantages in the jewellery industry".

The story of the glittering jewels from Place Vendôme

At the end of the 19th century, Frédéric Boucheron moved the headquarters of his showroom from Palais-Royal, where it had been located since 1858. In 1893, Boucheron was the first jeweller to open a boutique in the most famous square in Paris. Place Vendôme as the most elegant and exclusive location of the cultural centre of Europe became an ideal place for the star of the jewellery industry. The urban plan of the square innovatively combined residential and commercial functions, skilfully setting them in the unique Parisian architecture. The founder of Boucheron chose the store under number 26 specifically because of its sunny position. The sun's bright light greatly enhanced the beauty of the jewels on display.

The rapid development of the company gave it the opportunity to enter foreign markets. In 1898 a boutique was opened in Moscow, in 1903 in London and in 1900 in New York. Today, apart from the aforementioned locations, Boucheron boutiques can be found in Monaco, Czech Republic, Ukraine, Middle East, the United Arab Emirates and Asia, mostly in China and Japan.

Boucheron Inspirations: the beauty of nature

Since the beginning of the House of Boucheron, one of the main jewellery inspirations has been nature. From the forms of necklaces and tiaras faintly resembling ivy rhizomes, flowers, or sea waves to the materials used such as pearls, wood, and tortoiseshell.  A snake became one of their iconic designs. It symbolises eternity and at the same time the spirit of Boucheron, whose jewellery has permanently inscribed itself in the history of beauty. Jewellers are passionate about non-standard shapes, flowing lines and extremely elegant asymmetry. It became a tradition that the house draws inspiration from other cultures. An example of this can be a Japanese-inspired, diamond tiara from 1910, whose leitmotif - a subtly framed sea wave is a jeweller's reflection of woodblock prints from Kyoto.

The lengthy list of the house's famous clientele could almost fill a book. The works of art, created by the company, attract enthusiasts of the top-notch craftsmanship and precision. The list of loyal customers includes crowned heads as well as the most celebrated musicians and movie stars. Since 19th century Boucheron jewellery has won recognition among members of the Romanoff dynasty, Maharaja Patiala, Queen Farida of Egypt, Queen Rania of Jordan, Princess of Castiglione - Virginia Oldoini, Shahinshah of Iran Reza Pahlavi and almost all European monarchs. Since the 1920s, Boucheron jewellery appeared not only at royal ceremonies, but also at all kinds of galas and award shows. Surely everyone can recall the unique owners of Boucheron products. This list includes Edith Piaf, Greta Garbo, Rita Hayworth, Marlene Dietrich, Nicole Kidman, Julianne Moore, and Anne Hathaway.

The list of Boucheron afficionados is long and remarkable. Due to its prestige, the company takes care of its customers every wish and aims to fulfil their expectations. The Boucheron team cares about every customer because they understand how special the moment of buying beautiful jewellery is. Jewellery of such high quality can be both an investment and a symbol of affection. No matter the occasion, the experience of choosing the right piece will forever remain in the buyer's memory. Claire Choisne - creative director of Boucheron explains: "Our customers have the same reasons, dilemmas and joys as anyone looking for the right  jewellery - many of them accentuate the most important moments of their lives, such as an engagement, a birthday or an anniversary. It is the occasion that makes the purchase of an item an emotional decision."

The founder of the house, Frédéric Boucheron, was a trained jeweller, gemmologist, and a man passionate about precious stones. He travelled the world looking for exceptional specimens. One that stood out was the 41-carat Polar Star diamond, sold in 1980 for a world-record amount of 4.6 million dollars. Nowadays the sum mentioned, though still impressive, is not among the highest - Boucheron products are works of art, and they are valued as such. Ms. Poulit-Duquesne explains:

"It is worth mentioning that we are placed at the very top of the market, selling to aware and experienced collectors who both invest and buy the objects of their dreams. Buying jewellery at this level of artisanal craftsmanship is not fuelled by a global consumerist mentality (...). It is about being the owner of the most precious, characterful piece (...)".