At the Tuesday "Post-war and Contemporary Art" DESA Unicum auction, another record was established that went down in the history of the Polish art market. The "Two Married Women" painting by Andrzej Wroblewski was sold for the record sum of 13,440,000 PLN (including the auction fee), becoming not only the painting sold for the highest price ever in Poland but also the most expensive-sold work of art on the Polish market. The previous records in both categories also belonged to DESA Unicum. Up to this day, Wojciech Fangor's "M22" was the most expensive painting sold for 7,400,000 PLN in December 2020, and Magdalena Abakanowicz's "Crowd III" was the most expensive work of art sold for 13,200,000 PLN in October of this year.

The total auction turnover was nearly 32 million PLN, meaning it was the best auction in the history of the Polish art market in terms of its turnover.

"Today's "Post-war and Contemporary Art" auction reflects the great and continuous interest in contemporary art auctions. Its turnover amounted to nearly 32 million PLN, meaning it made up 30% of last year's turnover from all post-war art auctions, which amounted to over 100 million PLN and provided us with over 50% of shares in this key segment for the selling of art. Today's auction is the first of three December contemporary art auctions that we have put together. Later this week, on the 2nd of December, the "Op-art and Geometric Abstraction" and "Pop-art. Pop culture. Postmodernism." auctions will take place. At the latter, an NFT work will appear for the first time."

The painting "Two Married Women" ("Two Young Married Women") by Andrzej Wroblewski is one of the iconic works of post-war art. It was painted in 1949 as the second piece in the "Social Contrasts" series. It depicts two women subscribing to different values. One is a wealthy, young, and elegant woman holding a black dog with a blue ribbon. The other is a proud mother – a proletarian woman with a naked baby in her arms. On the work's back, there is a sketch for the "Youth Rally in West Berlin" completed by Wroblewski in 1951.

The 1953 "Landscape with High Sky" was another painting by Wroblewski at today's auction. It was sold for 1,8 million PLN.

Roman Opalka's work "Detail 407817 - 434714" from the "1965/1 - ∞"series, estimated for 6-8 million PLN, was sold for 8,64 million PLN. This conceptual cycle began in 1965 when the artist started to cover canvases with rows of consecutive numbers – this was supposed to reflect the passing of time. Each next painting was accompanied by a photograph of the artist's face showing the signs of ageing, as well as his voice recording. Opalka continued to work on the "1965/1 - ∞" series until his death in 2011. 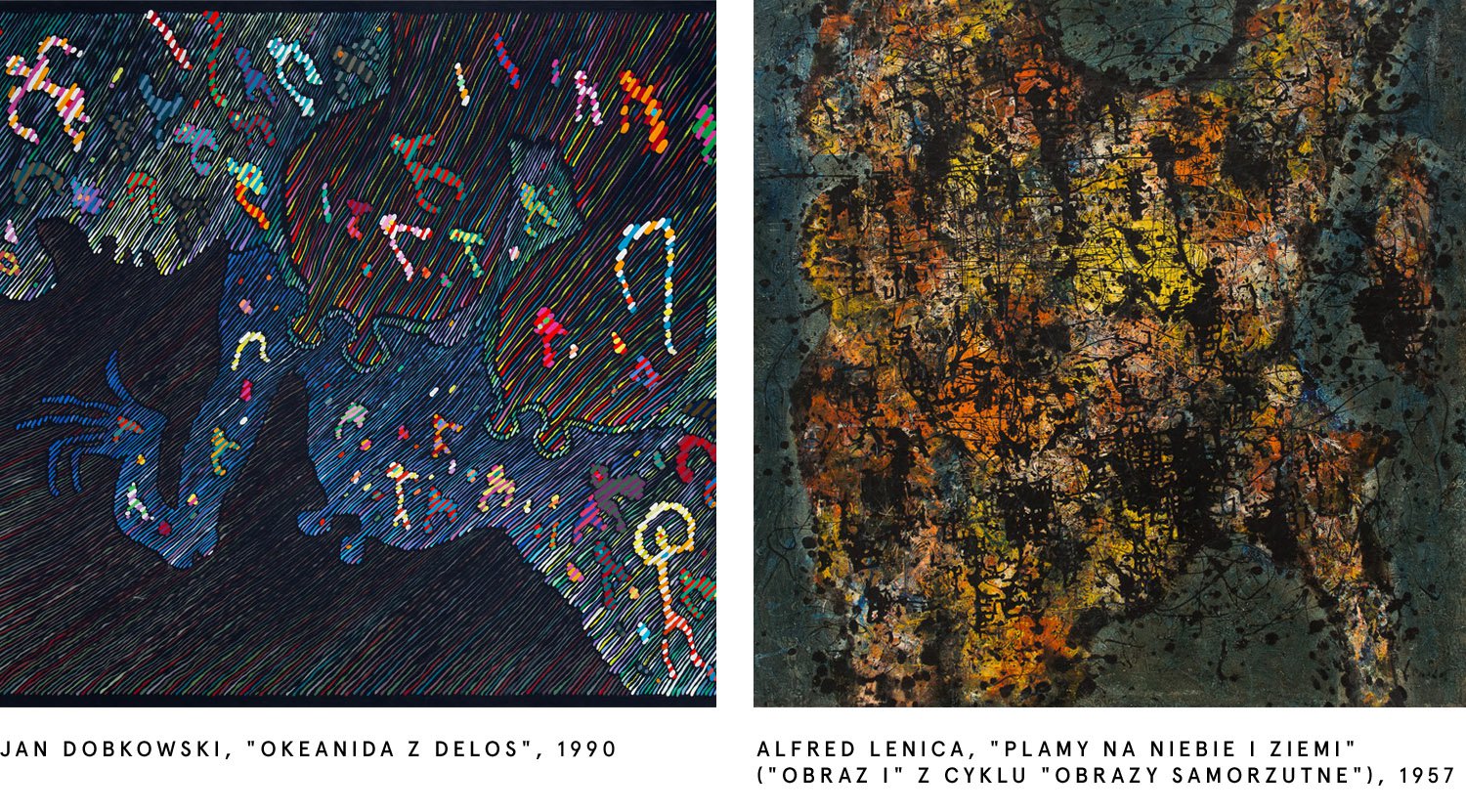 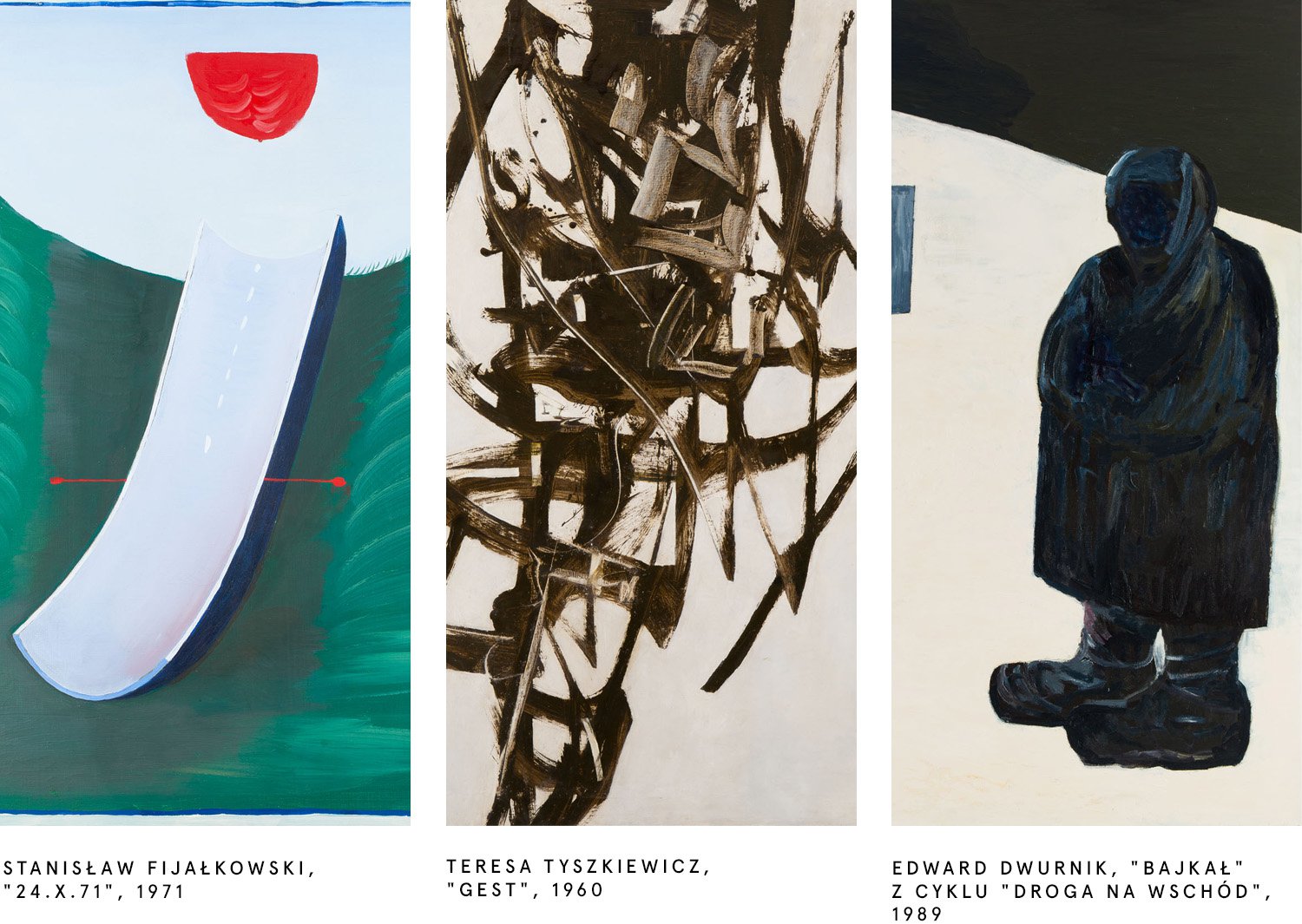 Alfred Lenica
"Spots in Heaven and Earth" ("Painting I" from the "Self-propelling Images" series), 1957