Literature
More information
‘As an artist, he [Witkacy] was astonishing, shocking and delightful. As a man, he was a perfect seduce’ – MALGORZATA CZYNSKA Witkacy attracted women. Malgorzata Czynska, author of the book called “Metaphysical Harm. Witkacy’s Women”, describes the artist: ‘He was very handsome. Women liked him, he would be engaged to one of them all the time. He had parallel relationships and lives. He was demonic and changeable, but that’s what his attractive charm was all about. He was able to be charming, but also terribly sensitive and easily offended. He was a unique and fascinating man. A man who escaped all standards.’ (in: Katarzyna Janiszewska, Co mial w sobie Witkacy, ze kobiety za nim szalaly [What Made Women Crazy about Witkacy], Gazeta Kakowska, https://gazetakrakowska.pl/co-mial-w-sobie-witkacy-ze-kobiety-zanim-szalaly/ar/10632454) For all these reasons, women were omnipresent in Witkacy’s art and life. His wife, numerous lovers, girlfriends and relatives fuelled his emotions and became his muses and models, both in painting and literature. He willingly used them during his photographic sessions. The character in the photo presented at the auction is Janina Turowska, who was also Witkacy’s lover for a while. The work was made in Zakopane in cooperation with Wladyslaw Jan Grabski as one of a series of improvised scenes. A femme fatale, whose style reminds us of a fiery Spanish woman, is looking at us boldly from the auction photo. Next to her is Witkacy with madness in his eyes. The weirdness and mysteriousness of the scene is highlighted with sharp light which emphasizes their faces. The contrast of their looks, facial expressions, suspension in a moment when something is bound to happen make it one of the most interesting and beautiful photographs taken by the creator of “Nienasycenie” [Insatability, one of Witkacy’s novels]. The session called “Improvised Scenes” also includes the most famous photo taken by Witkacy - “Monster of Düsseldorf” which broke the sales record in the Polish market at the Fotografia Kolekcjonerska auction in 2016. It was sold for over PLN 200,000.
Print object card Ask about object 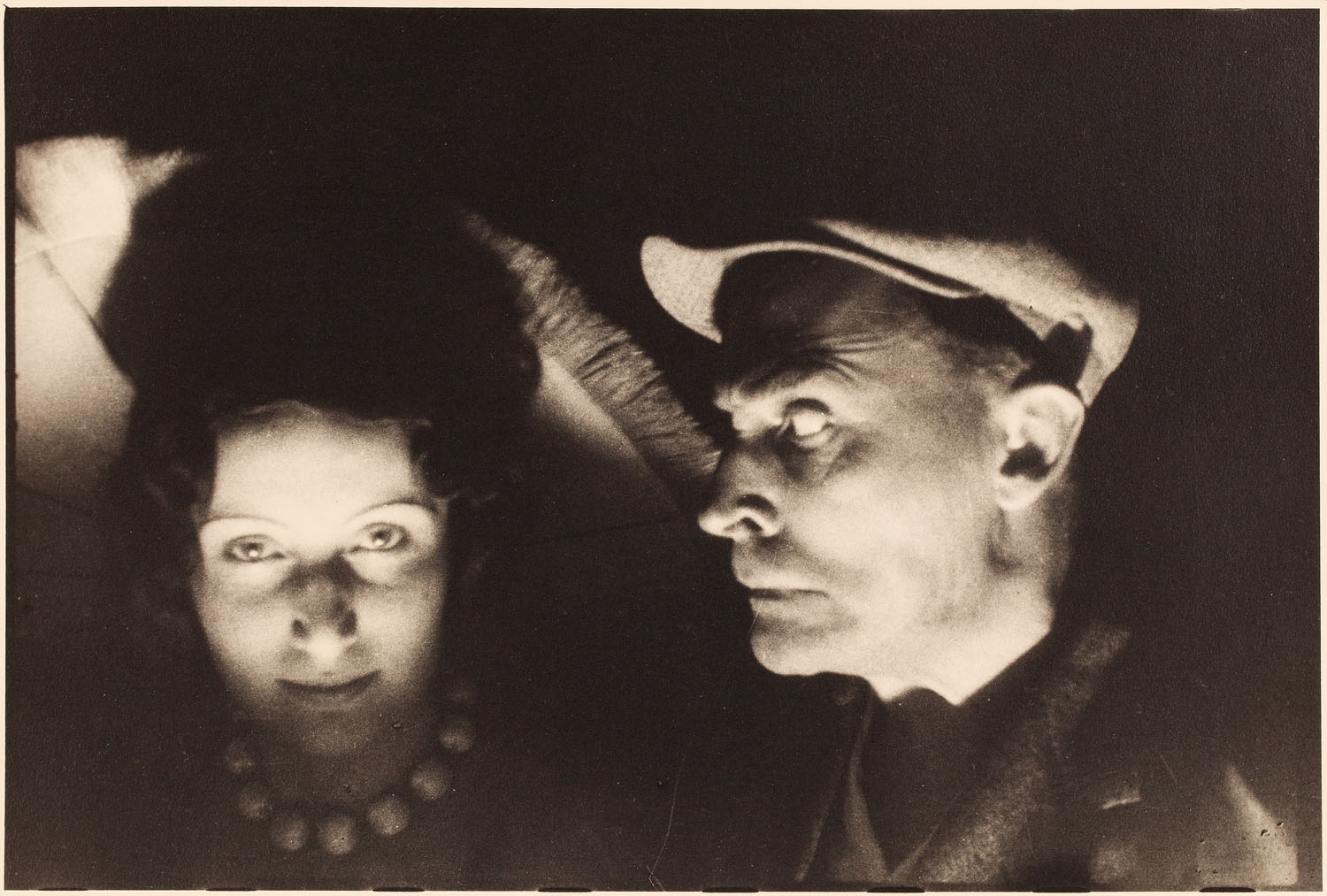